Why are there so many ship wrecks?

I spent some more time talking with Sam today about the Monitor and Sam told me that the Monitor is only one of thousands of shipwrecks off the North Carolina coast. I asked why so many ships sunk in that area and Sam said there were several reasons. He said that the cold waters of the Labrador Current and the warm waters of the Gulf Stream collide in that area causing very strong currents and hazardous weather. There are also some places where it is difficult to navigate, particularly in the Diamond Shoals area off of Cape Hatteras where the Monitor lays.

Due to all the shipwrecks, they call the area off the coast of North Carolina the Graveyard of the Atlantic! Luckily today, NOAA’s Weather Service helps mariners to know the weather conditions at all times, and NOAA’s Coastal Survey office also helps mariners by keeping the nautical charts updated, so ships will know if the sea floor has changed due to storms, such as hurricanes, making the waters non-navigable.


I asked Sam if the Monitor protected any other shipwrecks in the area, and he said that they have a special project called, “The Battle of the Atlantic.” Archeologists and other divers have been surveying and documenting shipwrecks from World War II. Sam told me that in the summer of 2008, they surveyed three WWII German submarines, U-85, U-352, and U-701. Last summer, they worked on the HMT Bedfordshire, which is an English ship! It was sunk by U-558 on May 12, 1942 right off of Cape Hatteras. Sam also told me that some of the sailors who died on the ship were washed up on Ocracoke Island and are buried there in a small cemetery that now belongs to the British government. Every year on the anniversary of the sinking of the ship they have a small ceremony. He showed me some pictures of the ceremony last May when Monitor staff went to participate. 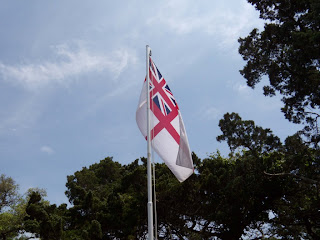 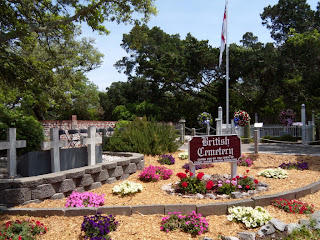 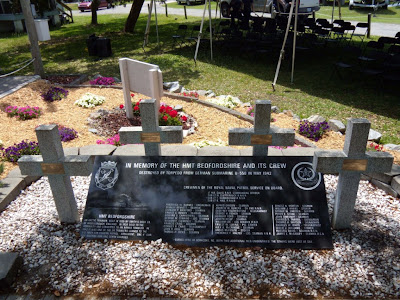 Sam said that this next summer they will be surveying more ships and some will be merchant ships that were sunk by the German U-boats. He gave me the web site for “The Battle of the Atlantic” expedition, and I can’t wait to learn more and to follow next summer’s blogs about their expedition!

It all sounds really amazing. I had lots of questions about how archeologists and divers work underwater, but we ran out of time. Sam said there is a short video clip on the web site that explains it, so I can’t wait to see it! I won't have time to add all this information to my blog, so if you want to know mopre about this fascinating project, you can follow the link below as well.