Here is my final instalment of my trip out to see great white sharks. 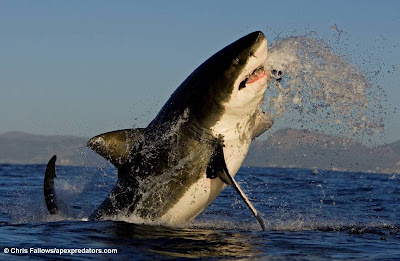 The sharks here at seal island are powerful predators but Chis and Monique showed me there was another side to the Great White Shark.

Monique said that when the sharks are not hunting their prey they have to slow down and conserve their energy, and this is the best way to see the Great White Shark as they gently cruise around the boat and interact with us on some level. 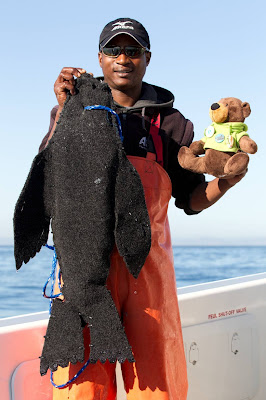 To attract the sharks to the boat, they put out the fake seal decoy and a piece of tuna. Monique and Chris said that sometimes the sharks decide to visit us. They do not come to the boat because they are hungry, but rather because they are very curious animals and they just want to find out what is going on!

Chris and Monique explained that they have identified many of the same sharks coming back year after year to Seal Island. In 2012 we recorded 2 male sharks , Cuz and Shy Guy, making their 10th year visit to Seal Island.

they told me that each shark has its very own character and personality, just like people do. Chris & Monique have come to know many of the sharks over the years and each time they see them, they behave in the same manner. For instance, Cuz, a 4 meter male grea white shark is very relaxed and curious around the boat.

Shy Guy, also a 4 meter male does not feel comfortable coming to the boat at all. Chris and Monique said they have observed him hunting seals for the past 10 years so we know at times he is at Seal Island. But, only once has he ever visited our boat! 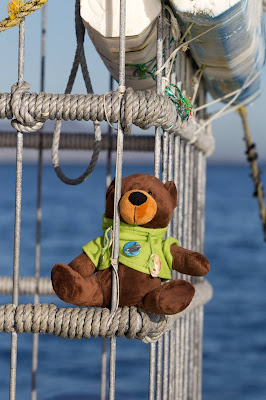 I had hoped I would be able to go some cage dives so I could see the sharks underwater but I did not have my diving bell and I was a bit too small for the cage as I might get washed out through the holes. So I had to be happy just to see the sharks from the boat and to watch the other guests have the cage diving experience. 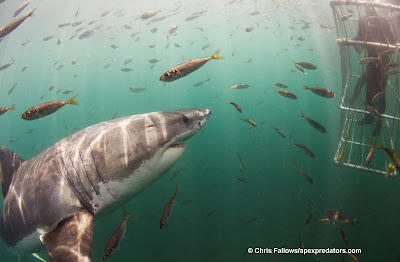 Even though I was very excited to see the sharks they knew I was disappointed not to be able to dive with them. Chris & Monique still wanted to give me a very close encounter so that I could see for myself that sharks are not interested in people (or Bears!), but only the prey items that they have evolved to feed on for hundreds of years.

So, I had the chance to take part in what the other guests called my 'daring encounters'

Firstly I took a ride on one of the fake seal decoy which they drifted behind the boat. Monique said the sharks were not hunting and that I would be perfectly safe. 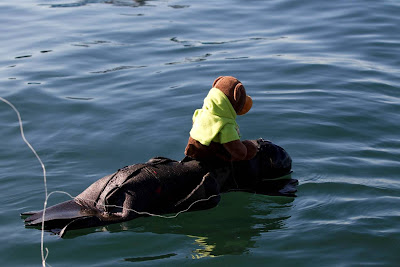 A few of the sharks passed very close to me and I must admit I was more than a little nervous at first after seeing the sharks burst out of the sea with a shark decoy in their mouth.

But Monique was right the sharks swam about looking very relaxed (more than me) because they were no longer hunting so they were not in their hunting mode. After a while I became more relaxed and it was a great thrill to be so close to these amazing animals. 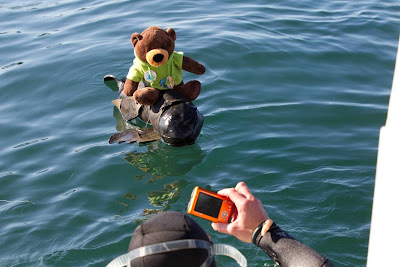 I did get a bit wet and when I returned to the boat they gave me a special dry down with a nice warm towel. 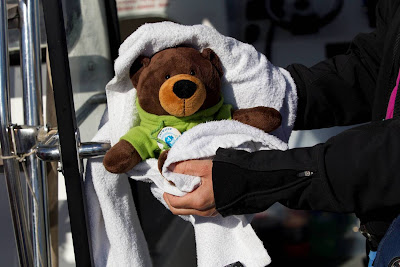 Afterwards I sat in the sun and enjoyed the view while I warmed up. 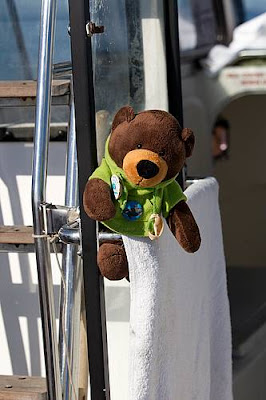 But I didn't get much time for a rest. Chris and Monique were keen for me to get an even closer encounter with the sharks. 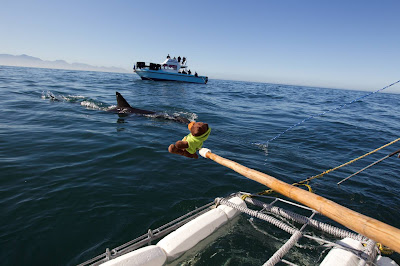 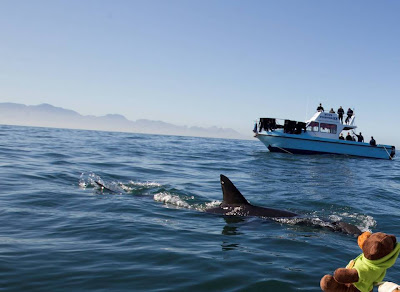 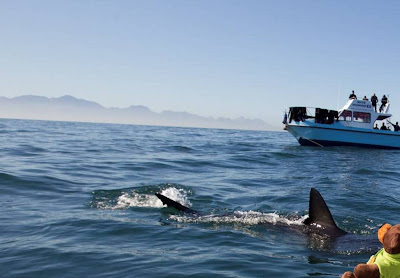 It was an amazing experience and Monique was pleased that I got to experience first hand the very calm and endearing side to the Great White Shark, but at the same time still have respect for what this predator is capable of when it needs to do “its job”. Every animal in nature has its place and it’s just for us to understand and respect.

During the morning we saw 9 different Great white sharks, which was fantastic. Monique said that no trip to Seal Island is complete without a special close up view of the 60,000 strong cape fur seal colony on Seal Island. 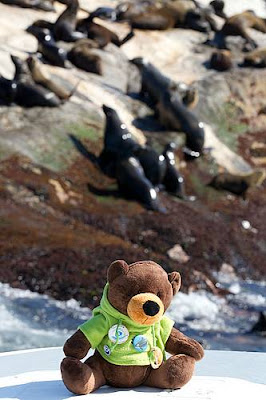 It was a perfectly flat calm day so Chris was able to take the boat very close to the Island for a very close view. Seal Island is made up of adult females and juvenile seals. 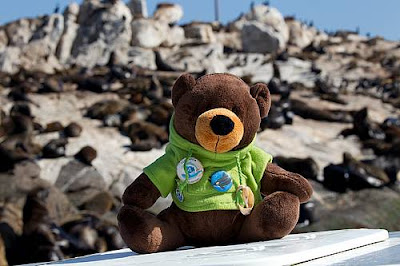 It was fun to watch the 6 months old pups playing in the safe water very close to the Island, as well as watching the interaction between these very social animals. They are just like dogs, even down to the fact that they also have fleas! 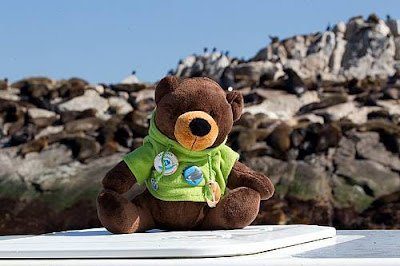 Seal Island is the largest island bound seal colony in Africa so it was a real highlight to see is close up
The day was not over yet and as we headed back to Simons Town we came across a school of 2000 common dolphin and about 500 cape gannets. It was a spectacular sight and Chris said it was the largest school of dolphin we have seen for a long time.

It was amazing to witness this amount of life and activity in False Bay. Great White sharks, Southern Right whales, common dolphin, cape fur seals and penguins all in one day! Wow, what a privilege.

So much happened in such a short time it has taken me a few days to write up my experiences.

Thank you Chris and Monique, and the rest of the crew, for giving me such as special day that I will never forget.

Bye for now
Ed the Bear