Well here I am again to report on the rest of my visit to the Two Oceans Aquarium. Next we met Haley who looks after the African Penguins - just like the ones I saw at SANCCOB. 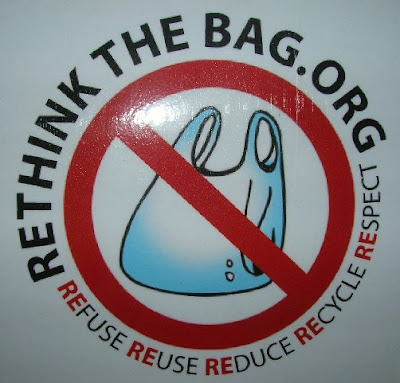 This campaign is to get people to stop using plastic bags and to rather use re-usable material bags - plastic bags have been banned from the aquarium! I thought this was a great idea and I told Hayley about how I have been working on a similar project with schools in the UK

Hayley then told us a bit about the penguins. 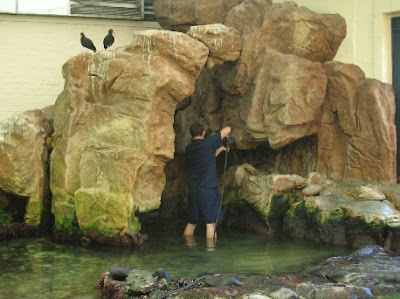 We watched one of the volunteer staff clean the penguin pool 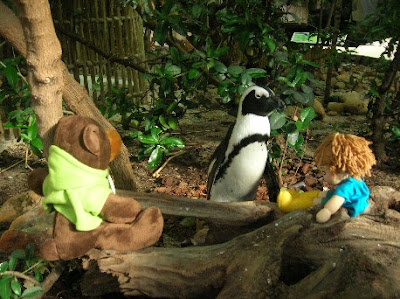 We then meet one of the penguins close up 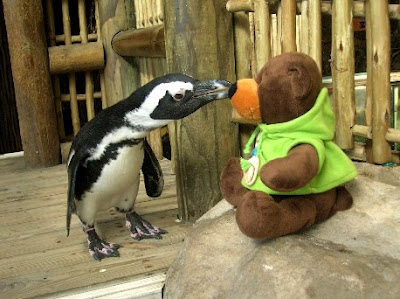 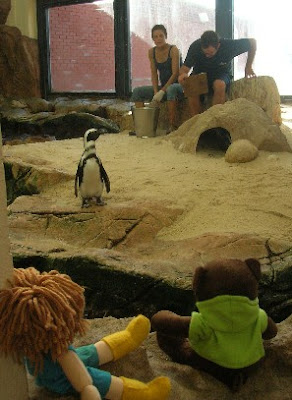 Then we watched the penguins being fed.

You can find out more about Zuki and the other African penguins on the link below.
http://www.aquarium.co.za/species_exhibits/browse_species/african_penguin/

African penguins are not the only penguins at the aquarium. There was also a small group of rock hopper penguins. 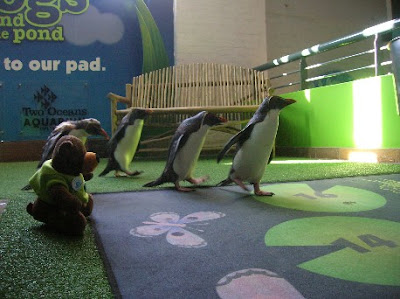 The rockhopper penguins were found stranded on southern Cape beaches and were rescued and looked after by the staff at SANCCOB. They cannot be released because of the risk of introducing diseases into wild populations . This is because rock hoppers are not usually found in South Africa. So they now live at the Two Oceans Aquarium 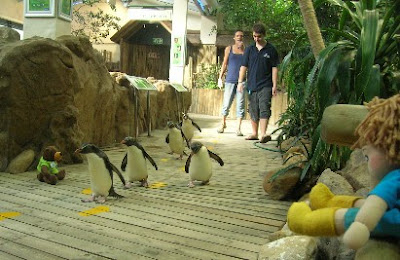 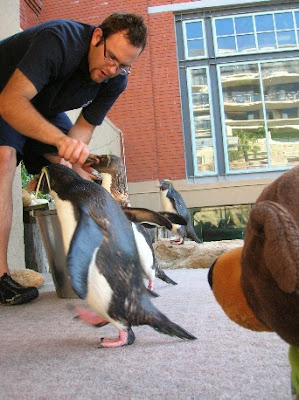 Next it was feeding time and we watched the rock hoppers being fed fish. Just like the African penguins they swallowed the fish whole and head first.
You can find out more about the rockhopper penguins on the link below
http://www.aquarium.co.za/species_exhibits/browse_species/rockhopper_penguin/
Kevin, one of the aquarium staff, showed me one of the turtles he's busy caring for with the hope that it would be returned to the ocean.  It came in very dehydrated and had wounds on its flippers but now it's fattened up and looking MUCH better. 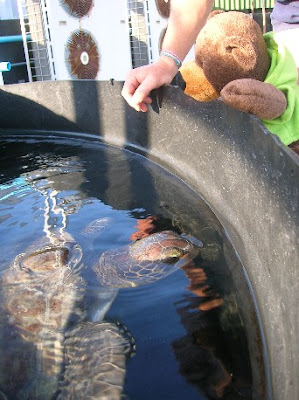 I told Kevin about my trip to the Marathon Turtle Hospital in Florida which I visited in 2010. I also told him how one of the turtles I had seen there 'Scooter' who was well enough to be returned to the ocean just a few weeks ago (you can find out more on my link below).

We then looked around some more of the aquarium displays. 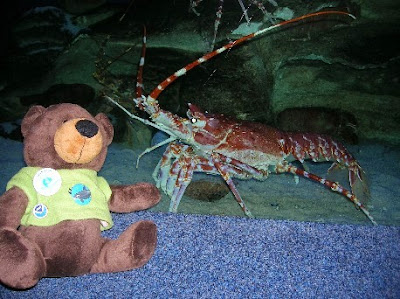 I came face to face with this very large lobster. 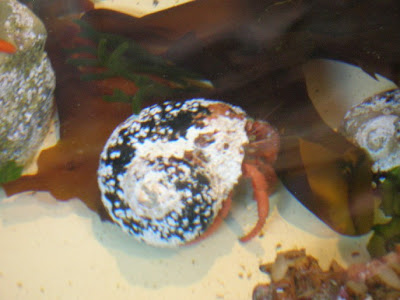 Then we watched this orange hermit crab. These crabs don't have hand shells on their back like most crabs so they live in empty seashells instead. When they grow too big, they have to find a new home. Fancy being able to carry around your house with you. That would mean you could live where ever you wanted to. 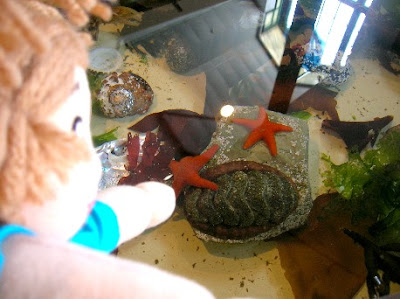 This strange looking shelled animal is a chiton. Its a type of snail but has a shell like woodlouse which bends at the joints so it can glide round corners. Cool. There are some  bright red starfish as well. 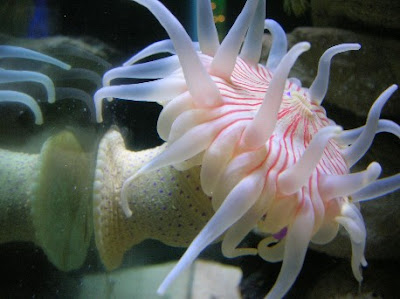 This is a beautiful cold water sea anemone. 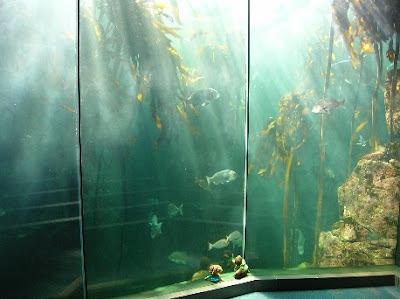 This huge tank has seaweeds as big as trees. This sea weed is called kelp and I saw a kelp forest in the USA where playful sea otters live.

Just before we left the aquarium we thanked all the staff for showing us around and telling us about all the different animals.

What a fantastic day.

Ed the Bear and Abby
Posted by Steve Savage at 16:14