You may remember that I looked around the discovery Centre yesterday and learned some amazing facts about deepsea habitats and deepsea corals. Well today, Sam and Hannah took me to meet another Ed! Ed Bowlby the research coordinator at Olympic Coast National Marine Sanctuary (OCNMS). 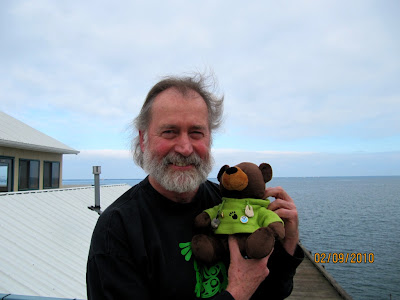 Ed. B is one of the lead researchers on the deep sea coral cruise.
Ed. B explained that deep sea corals are very sensitive animals. Yes- Animals! Corals look like plants, and they don’t move around like most animals, but they are animals. Individual coral animals are called polyps. Corals are at risk around the world from changes that are happening to the ocean.

Ed. B said that researchers have learned that carbon dioxide in the atmosphere reacts with seawater and lowers the ocean’s pH, making the ocean more acidic. This phenomenon is called ocean acidification. You may remeber when I was at Spokane Community College last year with Methea, I learned a bit about pH and acidic oceans while helping Methea with maintenace of their 180 gallon marine invertebrate tank.

Ed. B explained that as the ocean becomes more acidic it may dissolve the outer skeletons of animals like corals faster than they can build a new skeleton. It can also weaken the shells of mussels, clams and oysters. He said that there are still so many things we do not know about ocean acidification and what it may do to animals that rely on the food chain (what they eat) that may be hurt.

I thought this all sounded really scary!. 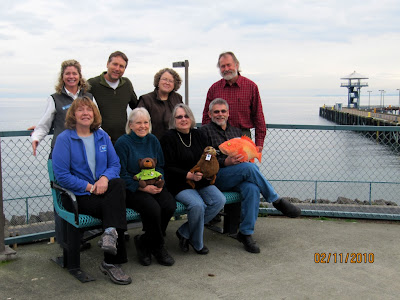 Afterwards, Ed. B introduced me to some of the other OCNMS staff, too.

Find out more about my stay at OCNMS very soon.