Hi all
I’m still here in the US at the Olympic Coast but in the UK Bella and my buddy Steve took a display about my adventures to the Brighton Science Festival. I was invited, but I could not go because I knew I would still be travelling in the US. So Bella said she would go instead.
The display showed all the places I had been to so far with some examples of what I had seen and learned during my travels. The display included a map to show visitors where the different places are located in the world. You can see some of the pictures below 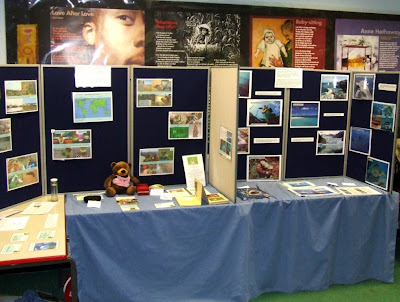 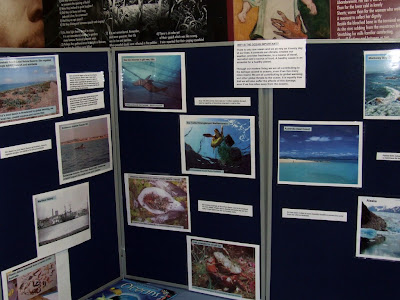 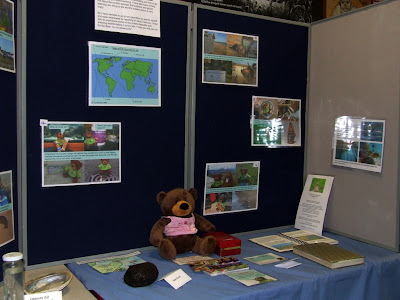 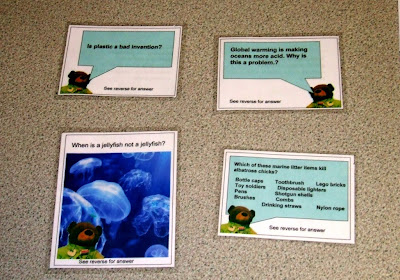 My buddy Steve also made a PowerPoint display of my travels and did two talks during the day showing people lots of the pictures of the wonderful places I have visited and what I have found out so far. 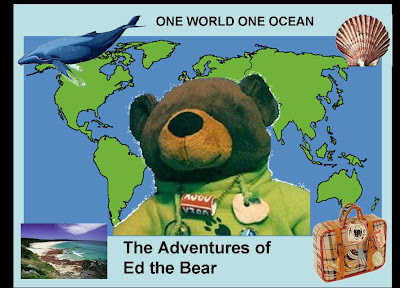 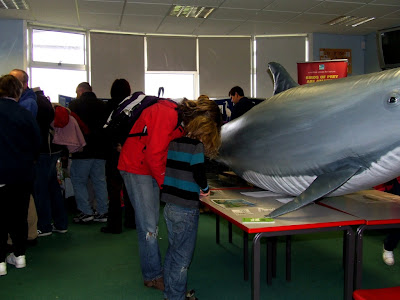 Steve also did two dolphin rescue demonstrations during the day with some help from kids from the audience.
Steve and Bella gave out some information about my adventures which included my weblog details so that more people could follow my adventures. This information also included the weblog address for Project Soar to encourage people to find out what my buddy Fred the Monkey has been up to. You may remember that I met Fred the Monkey and his buddy Ron Hirshi back in October last year when I stayed with them on Marrowstone Island and went with them to Kauai.

It sounds like Bella and Steve had a fun day.