I never knew there were so many different types of Penguin.

We were able to spend a lot of time at the penguin colonies which meant that we got to see the penguins doing all sorts of things. 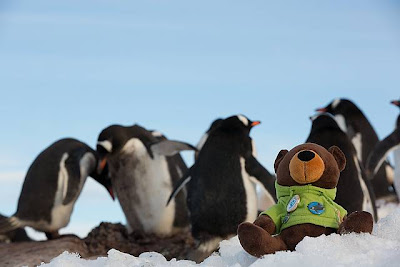 It was fascinating and sometimes funny to watch. 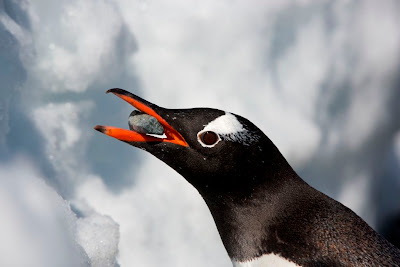 The male Gentoo penguins were very busy trying to impress the females. 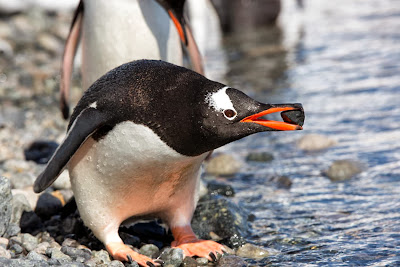 The males would bring the females gifts such as small stones and then make pretty piles with the collection.


The chinstrap penguin pairs would do a dramatic welcome as they would throw their flippers back, lift their heads to the sky and bray really loudly in unison. 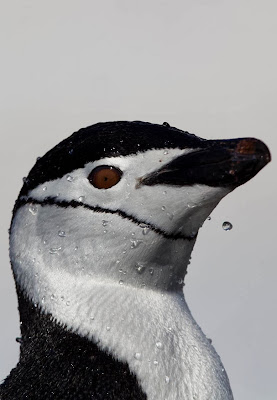 They were almost as noisy as the Jackass penguins I saw in South Africa last year.


It was fascinating watching the Gentoo penguins depart from the land and return from sea. They would never seem too keen to jump off the rocks into the sea. There were many false alarms and looks of intention from the penguins on the edge of the sea, but then they would change their minds.

However as more and more penguins bunched up behind them this eventually forced the penguin at the front to dive in.  As if this was the signal they had all been waiting for, the rest of the group would follow and dive in all together. 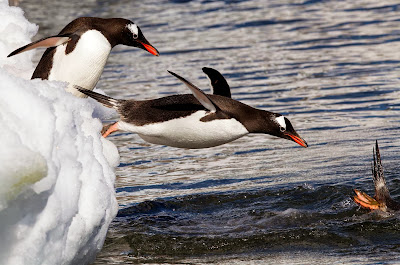 Getting back up onto land from the sea was much more of a problem. The penguins would have to swim very fast to get enough speed to propel them from the water. They looked like spring loaded jumping jacks as they popped out of the water and back onto land. 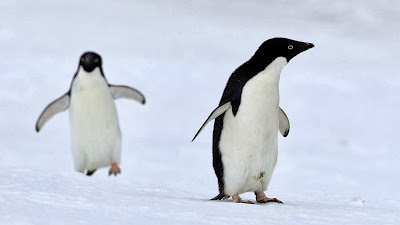 The Adelie penguins were also very comical as they waddled around seemingly aimlessly like wind up toys. 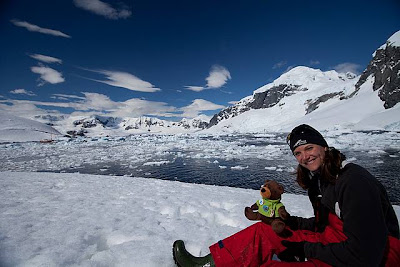 I loved watching the penguins; Monique said they kept me entertained for hours at each place and that I always looked sad to leave each landing site. Penguins have been one of my favourite sea creatures since I first saw them in South Africa and met the rescued penguin Zuki at Two Oceans Aquarium.
Posted by Steve Savage at 02:23