ED THE BEAR JOURNEYS TO THE END OF THE WORLD BEGINS

AN INTRODUCTION BY MONIQUE FALLOWS
As you know, Ed the Bear is a very well-travelled bear but not even he has had the opportunity of visiting Antarctica, the very end of the world… You will know from earlier entries that he recently visited us to come face to face with the great white sharks we study and also to find out the true facts about these awesome predators. 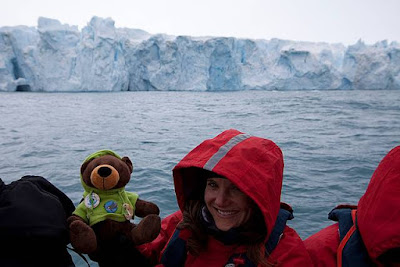 So, when Chris and I invited Ed along with us on our trip to Antarctica, he pulled on his beanie and his warm winter jacket ready for adventure! Even though it was summer in Antarctica we had to be prepared for zero and sub-zero temperatures.


Ed The Bear would be cruising with us and many other eager travellers on a big Russian Ship called the “The Akademic Vavilov”, a special ice-breaker designed for the cold Antarctic waters. 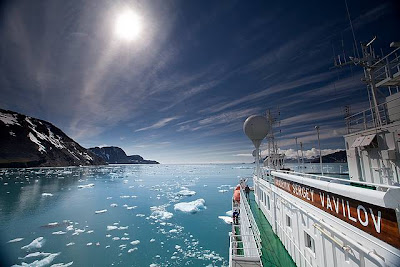 The Ship departed from Ushuaia, the most southern city in the world, in Argentina and would not only be cruising to The Antarctic Peninsula but would also make stops at The Falkland Islands, South Georgia Island and The South Orkney Islands, all amazingly special and unique wildlife places. This special expedition was specifically to look for Antarctic wildlife and as such we would be making 2 zodiac landings each day.

We were going to have very close encounters with animals and birds we have never seen before. It was most exciting as we finally headed off.   We were also set to cross the infamous Drake Passage. This piece of water between Antarctica and Argentina is home to some of the most dangerous and rough pieces of water in the world where winds can reach up to 100 knots and ocean swells can be as big as 30m. For this reason Ed packed extra seasickness tablets, just in case.

We would be in Antartica for about 2 weeks and these are the highlights of my adventures here.

One of the highlights of the expedition was standing on the stern (that’s the front) of the ship and watching the huge number of sea birds that were attracted to the ship. 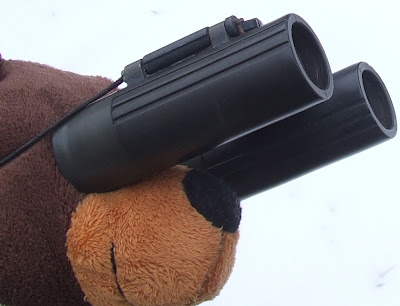 Luckily I had brought my binoculars.

Monique explained that in the open ocean sea birds are attracted to travelling vessels, mostly in the hope of scavenging food. They also make use of the up drafts created by prevailing winds blowing up against the ship to effortlessly soar around us. 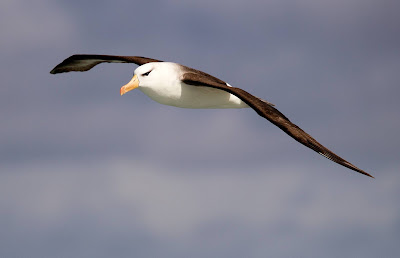 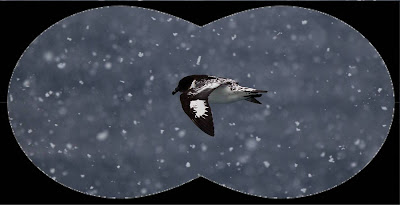 Many of these birds spend much of their life at sea and only return to land to nest. 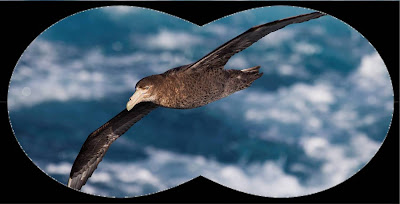 Antarctic Giant Petrel
These open ocean birds all form part of the group called “tubenoses” and the group is made up of various species of Albatross, Petrels & shearwaters, storm petrels and diving petrels. I said that tubernose was a funny name. 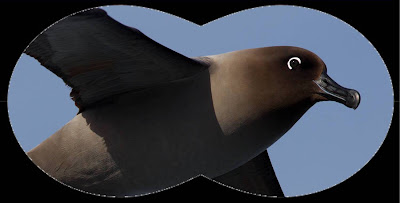 Monique said that the Latin name for the tubenose group is Procellariiformes. This means word means “violent wind or storm”, the perfect description to the habitat they must survive in.

I found the name Procellariiformes difficult to remember and pronounce but this was the perfect word to describe them. Monique said tbey feed mainly on fish, squid and similar marine animals.

It really was a great experience for Ed to watch the multitude of sea birds soaring around the ship, although he had to make sure to hold on very tight most of the time. Sometimes the sea was very rough and we all had to be very careful to not fall overboard!