Finally the Ship headed for the Antarctic Peninsula. Before actually being able to put foot (or paw) on Antarctica we sailed through the Gerlache Strait and landed at a number of Islands in order to visit various Adelie, Gentoo and Chinstrap penguin colonies. These penguins are much smaller than the emperor penguins we saw earlier on our trip. They are the same size as the jackass penguins I meet in South Africa. 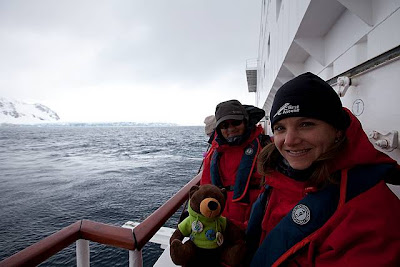 Sailing into the Gerlache Strait was amazing. I just stared in awe at the passing “iceberg” show that we sailed through.  We were surrounded by icebergs of various shapes and colours, littered across the ocean in front of you. It did not seem that long but Monique said I had been staring at the ice bergs for 5 hours. 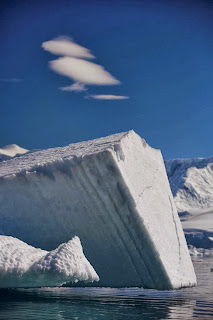 Each one is different and it kind of feels like they are each alive and have their own characters. Sometimes we would pass so close to one that you can hear the snap, crackle, pop as the ice compresses. Unbelievably, some of the ice in Antarctica is said to be millions of years old … thinking about such big numbers made my head spin ! Water frozen for millions of years without thawing out. Wow!