After 3 days at sea we finally arrived at South Georgia Island, home to 40 million sea birds, Antarctic fur seals and southern elephant seals. I had prepared myself to experience the awesome landscape of ice and snow, and even to witness human damage.


I thought I might see a few whales the occasional seal and a few penguins. I was really surprised to discover that there was so much animal life living here. I thought it would just be ice and snow. There are no plants or forests in Antarctica but there is a lot of wildlife that has adapted to live here. Monique said it’s because they all find their food in the ocean. 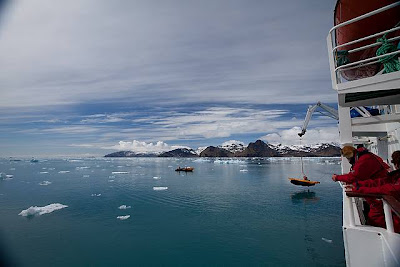 Outside it was 1 deg C and snowing, Monique said this was perfect conditions for Antarctic penguin watching!

Our arrival on the beach was rather chaotic… there was a little bit of a swell which pushed our zodiac boat up the beach and as we leaped out we had to be very careful to avoid a large number of very aggressive male Antarctic fur seals. Monique carried me so I was safe. 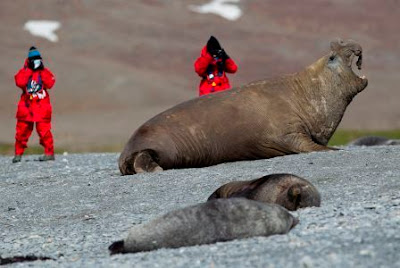 These bull fur seals have territories on the beach so our sudden arrival caused a lot of chaos. Monique said it was important not to disturb wildlife, but sometimes it is hard not to do so. So, in these kind of situations it is best to move as quickly as possible out of the trouble area. So, we ran up the beach, dodging bull seals and then finally we were in the gigantic King penguin colony.

250,000 penguins were jam packed together on a large plain and then stretched even further up the mountain side. 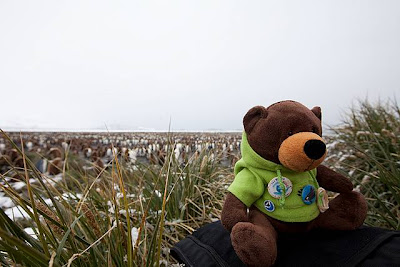 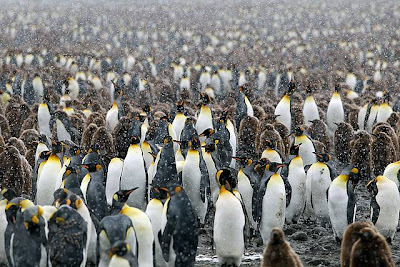 Included in this were also many thousands of chicks. They are brown in colour and look completely different to their parents. 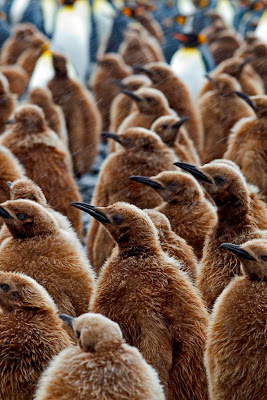 They are not as colourful and look a bit scruffy, but they need these fluffy feathers to keep them warm.

The noise was unbelievable and the penguins sounded like loud race cars revving their engines before the start of a race. 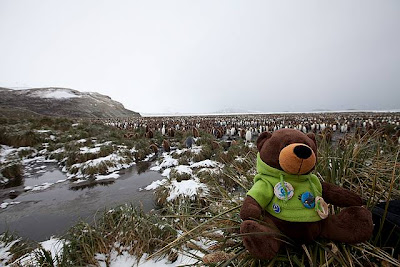 Not many people get to visit Antarctica and even fewer get to walk around.. This is probably why the penguins were not afraid of people at all and if we sat very still many times both the adults and the chicks would approach within a meter of us.

Monique said they were particularly curious of me with my bright green jacket standing out amongst everyone else in the group. It was an amazing wildlife experience; complete sensory over load (too much to see and loads of noise and too). This is one of the most amazing and memorable sights ever. Wow!