Arriving at Tenerife in the Canary Islands

It has been a busy few months, with my tour of the US and helping out with National Whale and Dolphinn Watch on my local beach on my return to the UK. My buddy Steve said I needed a rest.

Steve also said that Tenerife is one of 7 of the Canary Island group which are off the west coast of Africa.

We left just after lunch so we would get to Gatwick airport in plenty of time. I took some honey sandwiches for the flight and after watching the clouds go by I had a snack I had a sleep for most of the trip. 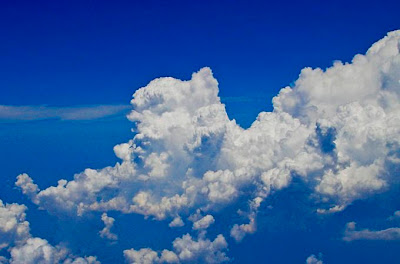 As we neared Tenerife the crew woke me up and said we were preparing for landing. We flew along the west coast and I was treated to a spectacular view of Teide, the volcano that gave birth to Tenerife many years ago. Teide is the highest peak in Spanish territory, an active but dormant volcano. Tenerife is also the third largest volcanic island in the world, second to Hawaii. This reminded me of the active volcano I saw on my visit to the Hawaiian Islands.
Just before we came into land we flew through what the captain said was turbulence (caused when winds travelling at different speeds meet). The plane kept dropping a short distance. like a roller coaster (it was a bit scary!) and my tummy felt a bit uncomfortable - I wished I had not eaten that extra sandwich. Luckily it wasn't long before we were safely on the ground. Steve was travelling with his wife Sharon and daughter Amber (who is 14). Steve said we would be staying with their very special friend Xena who lives on Tenerife.

Xena met us at the airport and after hugs all round we headed off to Xena's house. We stopped off at the supermarket for some supplies, but I stayed in the car and had a doze. We were soon on our way again and it wasn't long before we arrived at Xena's house. 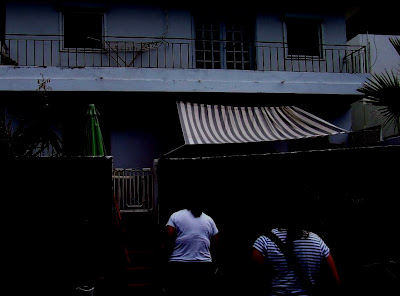 As we went through the door we were instantly greeted by her dog Lunar who seemed very excited. 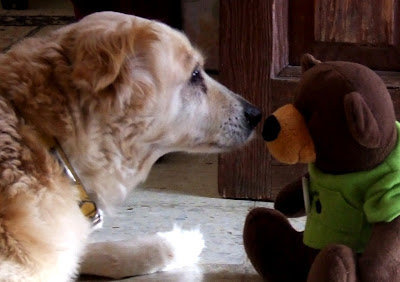 Lunar is now an elderly dog, but Steve and his family have known her when she was much younger. It was very hot still. Everyone sat and talked but my eyes were soon getting heavy and I began to fall asleep.
Posted by Steve Savage at 09:26