While there are many great places on the island to visit, my holiday was coming to an end so I decided to have a nice relaxing weekend. 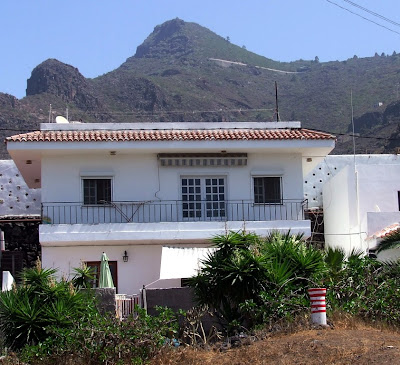 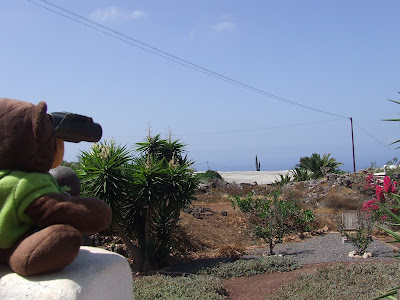 First to arrive was a blue tit. It looks a bit like the blue tit I see back home but the colours seem brighter and this one has a black line on its chest (like a great tit). These blue tits are endemic which means they are only found on Tenerife and neighbouring islands. 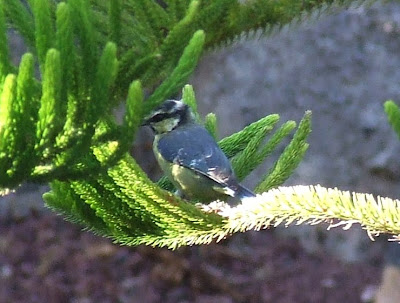 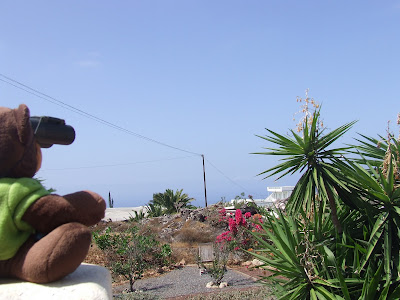 Then I spotted a kestrel on the telephone wire. It was having a good look around in search of prey which could be a small mouse or a lizard.  Like the blue tit, this is also an endemic species of kestrel. 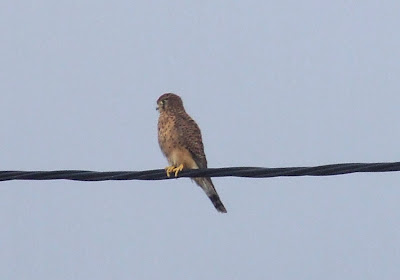 ﻿After a while the kestrel took flight and landed on the telephone wire further down the road. 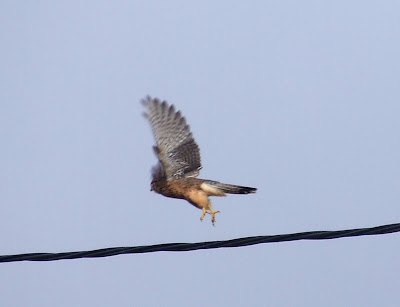 When animals like these are only found on a few small islands, they can easily become endangered, like the wonderful Nee Nee (Hawaiian Goose) which I saw while on the Hawaiian Islands with Fred the Happy Face Monkey and Ron Hirshi. Either natural, or more often human activities, can reduce the numbers of a particular endemic species and their numbers can become so low they cannot recover and may become extinct. 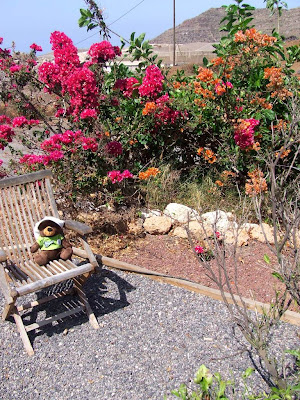 After all that bird watching I decide to have a snack and then a peaceful doze in the garden. 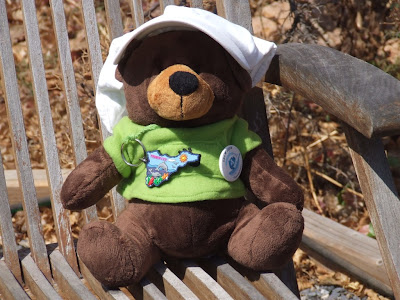 In the afternoon I have a look for other animals too. I spot a movement on one of the rocks. When I looked closer I could see it was a lizard sunbathing. 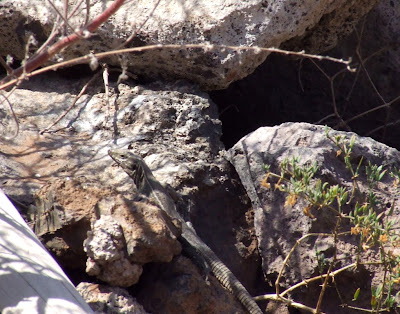 There are lots of spiders in the garden, this one plant is full of spider webs 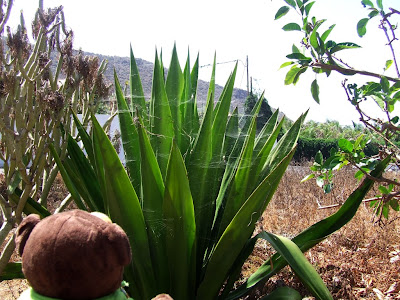 I also came across this spider. It had made its web across the path, so I decided to go the other way, just in case! 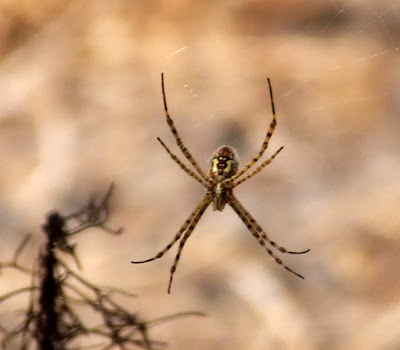 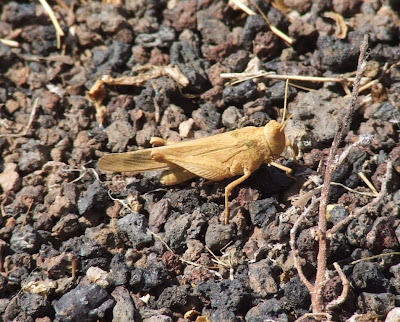 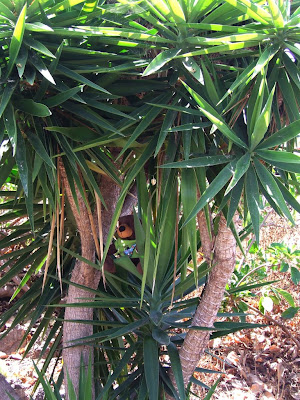 There is nothing like a spot of tree climbing 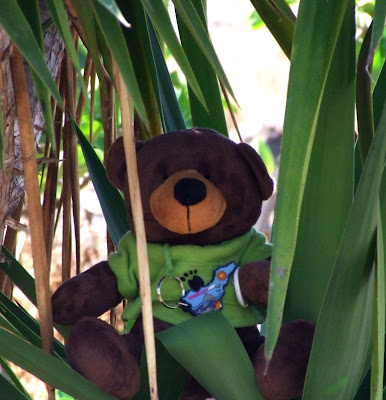