The impressive Mount Teide and the fascinating National Park

Hi all
A nice sunny morning 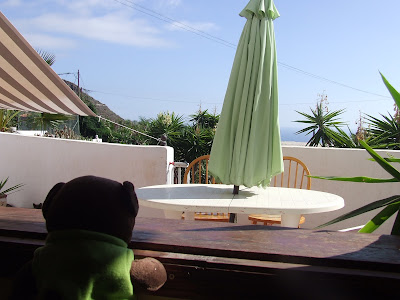 We spent the morning relaxing on the beach because later today we would be taking a trip to see mount Teide. I have been looking forward to taking a closer look at mount Teide and today’s the day. The Canary Islands were formed in a similar was as the Hawaiian Islands, by volcanoes, So I was really excited. Teide is the highest point in Spanish territory and is the third biggest volcano in the world. It looks peaceful but Teide is still an active volcano which last erupted in 1909 and is expected to erupt again one day. 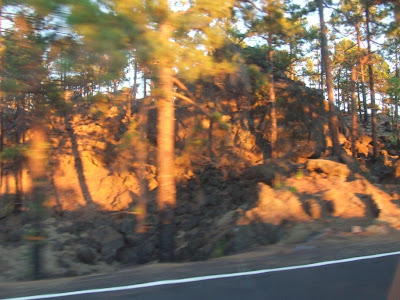 The journey to Teide was amazing too. We passed thorough a huge pine forest. I discovered that these clever tress collect the moisture on to their pine shaped leaves which then drips to the ground and waters the tree. As we travel higher the road twists and turns and soon we are driving through a volcanic landscape and soon we see Teide. 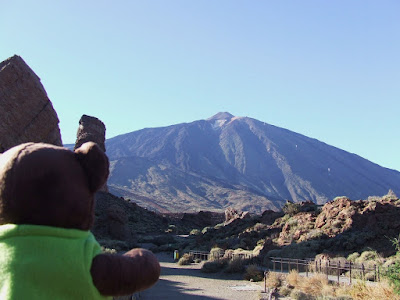 We stop and get out and have a walk around and there is Teide in all its splendor. We are walking in the Caldara formed 170,000 years ago following a huge volcanic eruption. Not only is Teide and the area surrounding it a National Park, but it is also a World Heritage site because its so important.
We look down at a vast area below (which we had previously driven past). 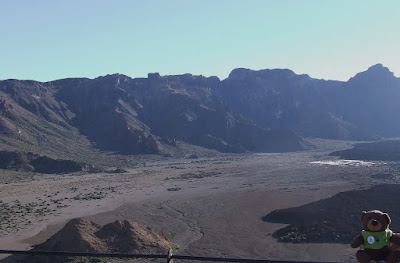 It was breathtaking and not just because we were so high up. It was a strange eerie landscape which could have been on another planet. 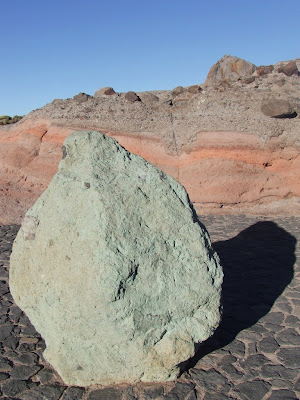 I noticed a large green rock. It must have been from a rock like this that the green pebble I found on San Yuan Beach must but have come from. 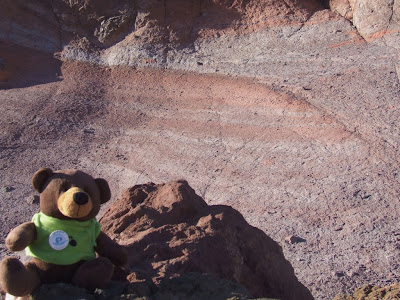 I noticed a strange plant, like a giant feather. An information board said it was called Tajinaste rojo. 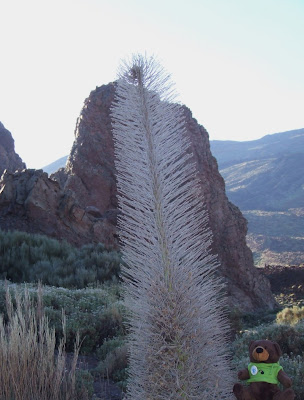 Soon the sun is setting. Althought we are in full sun at this height, down on the coast it will be getting dark soon, so we head off back down the mountain. As we drive down, the neighbouring islands can been seen above the clouds. 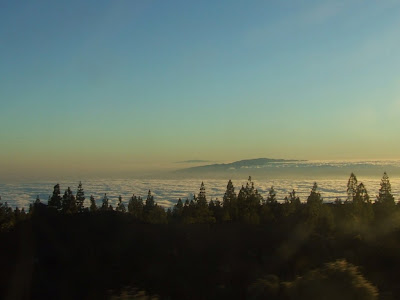 Its was a beautiful sight 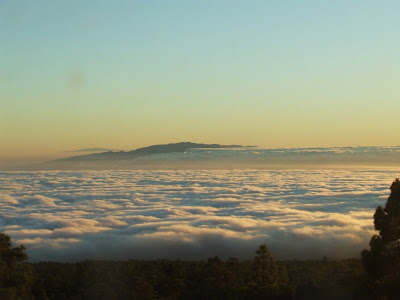 As we continue down the mountain we drive through the cloud layer and as we get down toward the coast it is already dark. As we arrive back at Xena's I spot a gecko on the wall. Geckos are great animals to have living around the house because the eat mosquitoes 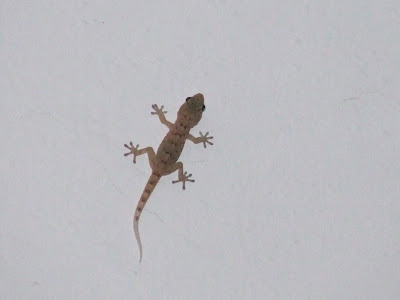 It was a very exciting day, but very tiring. Time for bed. 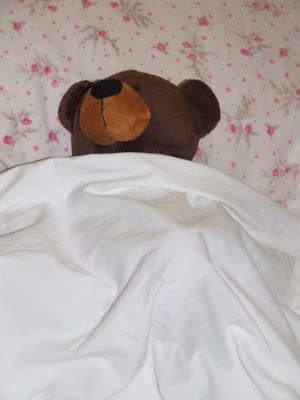