My travel plans are almost complete and I hope to be on my way soon. It was a nice sunny day today so I took a stroll along the strandline on the beach. 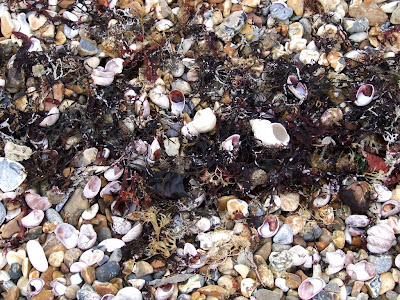 This is the area of the beach where all the interesting seashells and other natural debris is washed ashore. Sadly, as mentioned in my earlier blog, marine litter is washed up to.

These natural objects give us fascinating clues to the animals that live just off the beach or further out to sea. Here are some of my favourite objects that I collected from the beach.
There are many egg cases washed ashore. The most common are the whelk egg cases (below) 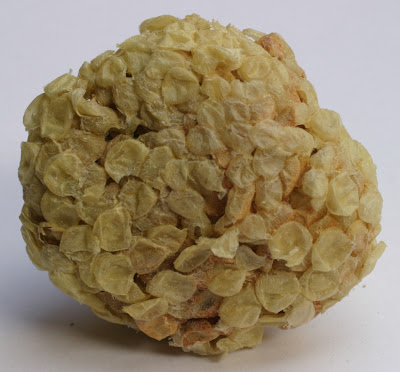 Empty whelk shells are also washed up on the beach. 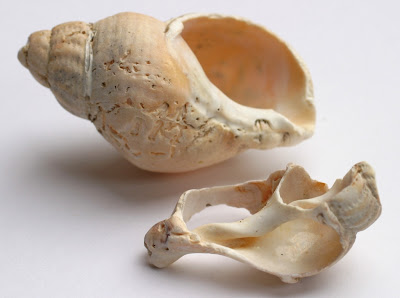 These are the type of empty shell that hermit crabs sometimes live in as they don't have a hard shell of their own.

Dogfish egg cases are one of my favourite. Its amazing that a baby fish spends 9 months growing inside it before they hatch.

The dogfish is actually a small type of bottom living shark. 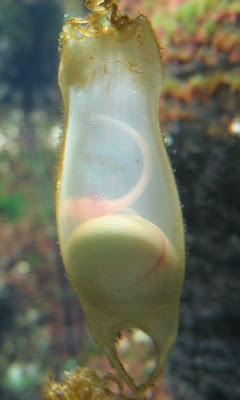 This is what they look like inside the egg case. You can sometimes see them in public aquariums.
Rays, are related to sharks as they both have skeletons made of soft bendy cartilage. This is the same as the bendy parts of your ear and the tip of your nose. Go on, give it a wiggle and see.

Steve once found an egg case after a storm which had a dead baby ray inside. 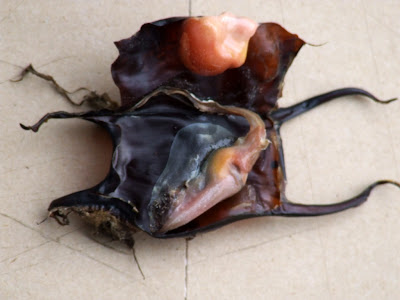 Steve's favourite eggs washed up on the beach are cuttlefish eggs, which look like a black bunch of grapes. This is because they are often still alive and can be rescued. 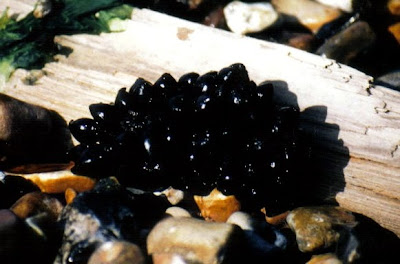 He hatches them out in a fish tank and then returns them to the sea. When they hatch out they are miniature replicas of the parents. 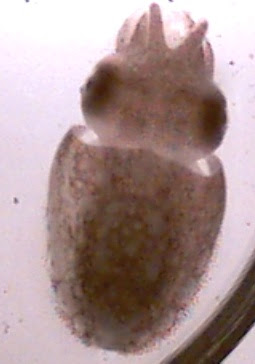 They can change colour to camouflage themselves and squirt ink as a defence. You can also find the white internal shell of cuttlefish, usually called cuttlefish bones.

This is the dried remains of a pipe fish washed up on the beach. 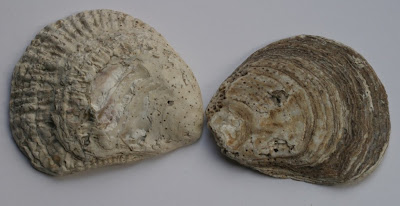 These are oyster shells (above). The oyster has two halves to its shell and lives on the seabed filtering tiny bits of food from the water. In the UK, over 100 years ago in the Victorian period, oysters were very popular to eat. They were so popular that the Victorians collected too many of the oysters and so they had to find some more to replace them. They collected oysters from the east coast of the USA and released them in the English Channel.

Unknown to the Victorians, another seashell was living on the oyster shells. They are called a slipper limpet (picture below, underside view and top view). 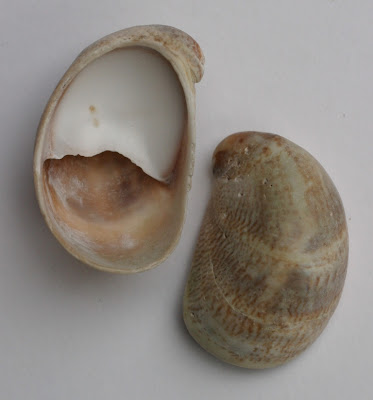 The oysters did not do very well, but the slipper limpets survived and multiplied. This is because there was plenty of food (they eat plankton) and they had few natural predators because they had moved to the UK waters. The slipper limpet shell is now one of the most common seashells washed up here on Sussex beaches. 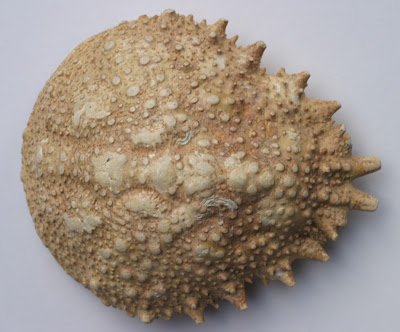 This is a spider crab shell (above). When they are alive, spider crabs disguise their shells using seaweed and sponges so they can hide on the seabed. Like all crabs they shed their shell as they grow. So when you find a crab shell on the beach it does not mean the crab died.
Out of all my collection, this sea urchin shell is my favourite shell. 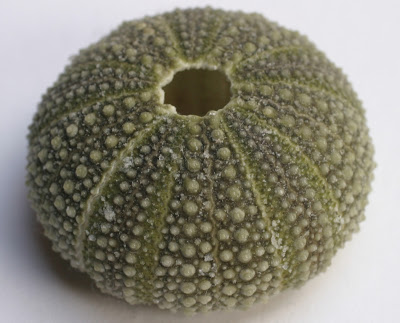 It is very delicate and it is unusual to find one that is in one piece, they usually get broken on the beach.
I am hoping to bring back some interesting shells and egg cases for my collection from some of the beaches I visit during my expedition.
Bye for now
Ed
Posted by Steve Savage at 11:41