I am in the middle of planning my expedition and there is a lot to organise. I plan to travel to various countries around the world and I have already received several offers of help from the USA, Alaska and Australia from people who will look after me and show me around.
In the meantime, I thought I would share with you some of my experiences in the UK, particularly the wildlife and places near where I live. These experiences have been a major inspiration for my expedition. 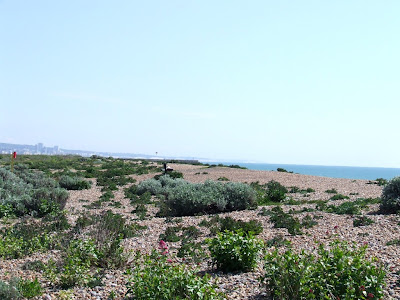 This is my local beach. It was made a local nature reserve in June 2006 because of the rare vegetated shingle habitat found on the stable shingle above the high tide mark. 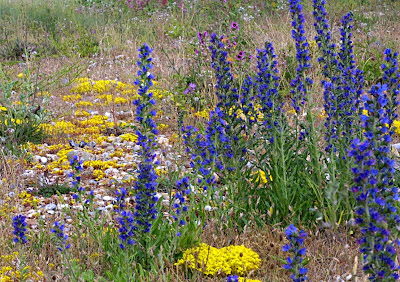 Vegetated shingle beach is not only rare in the UK but is also a rare habitat worldwide. There are over 90 different species of plants that have adapted to this harsh environment. There is almost no soil to be found and no standing fresh water. There is a lot of wind and sunshine that can damage plants and of course sea spray too, plants hate salt. So these plants are kind of special. Some of the plants only grow right at the top of the beach while other more hardy types grow right down to the high tide line.

During the winter most of the plants are growing close to the ground or have died back underneath the shingle. In spring, the beach bursts into life and colour and is at its best in the summer months. Through the autumn the plants die back until next spring. Even these plants would find it difficult in the winter so they rest beneath the ground protected by the shingle.
The following 3 pictures show how the vegetated shingle plants reappear each year. 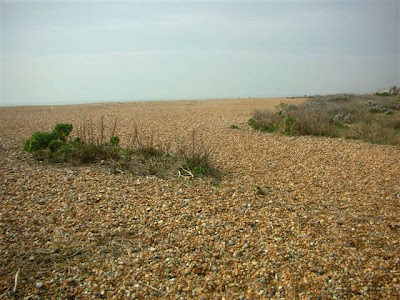 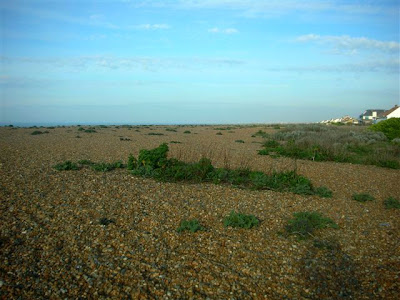 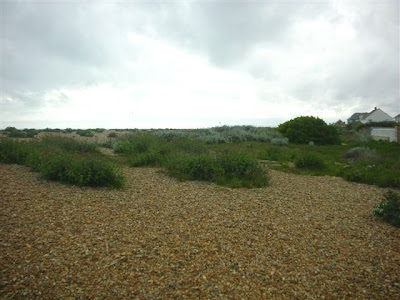 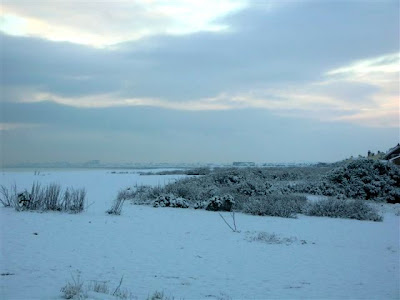 Last year the beach was covered in snow for a couple of days. 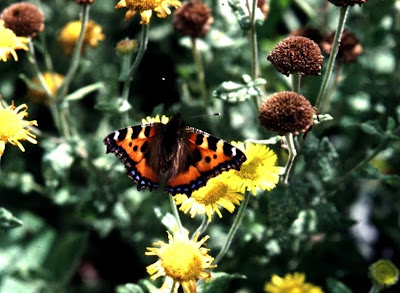 Tortoiseshell butterfly
The beach is also home to lots of invertebrates (insects, spiders and snails) that either eat the plants or use them for shelter. Lots of birds visit the beach as well, in the spring and summer they eat the invertebrates and feed on the plant seeds in the autumn. I have also seen a fox on the beach and there are also lots of lizards. 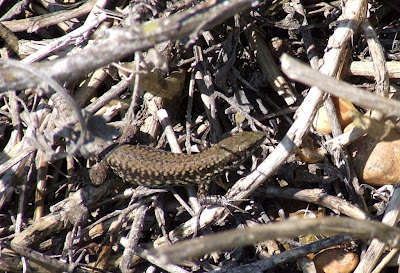 One of my favourite shingle plants is the yellow horned poppy which has large bright yellow flowers. 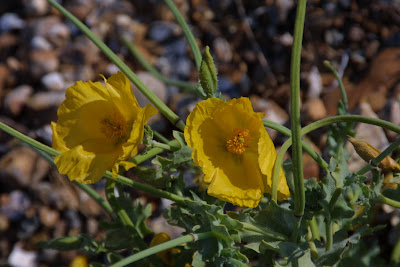 Later in the year the plant produces long thin seed pods (a bit like a green bean pod) which look like horns.
Bye for Now, Ed.
Posted by Steve Savage at 06:51