My local beach at Shoreham is also in danger from global warming. If the polar ice caps continue to melt and sea level rises, the vegetated shingle may be washed away. 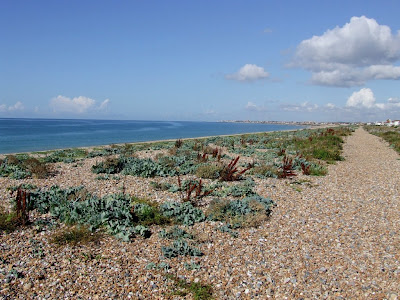 Shoreham beach suffers from what is known as coastal squeeze. This is when the beach habitat is squeezed between the sea and development at the top of the beach, in this case, houses. 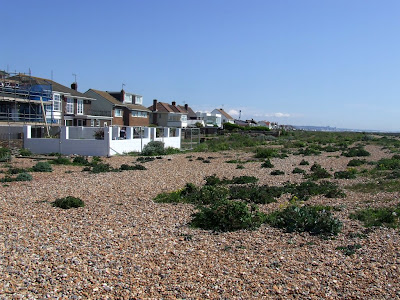 Over hundreds of years sea levels rise and fall naturally. When the sea level slowly rises over many years, coastal habitats can spread further inland as the coastline changes. However, if the top of the beach is developed the habitat cannot move further inland. As the sea continues to rise it may flood the shingle and the plants may be washed away. Scientists have also predicted more severe storms along the south coast in the future. This may also threaten the vegetated shingle as bigger storms may wash the plants away or loosen the shingle. These plants only grow where the shingle is stable and doesn't move. This is very worrying.

In the last ice age, the ice at the north pole extended down as far as London. The weight of this ice caused Scotland to sink slightly and the south coast to rise up. 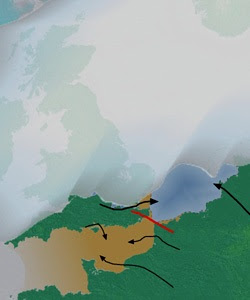 At the end of the last ice age this ice melted and since then Scotland has been slowly rising. This also means that the south coast (including Shoreham) is slowly sinking to its original level. This is only about 2 or 3 mm a year, which doesn't sound much. However, if sea levels are also rising by 2 to 3 mm a year because of global warming, the sea may actually be rising by as much as 6 mm a year.
Global warming may also affect the plants if the climate changes. Or it may affect the bees and other insects that pollinate the flowers. 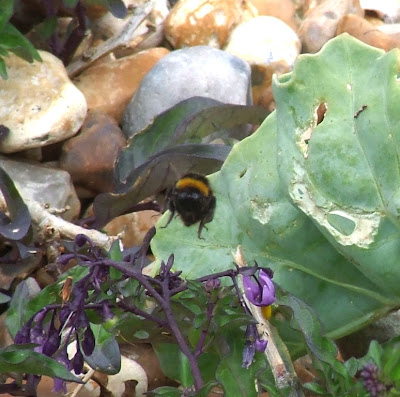 During my expedition I will be looking to see how climate change and global warming is affecting other parts of the world.
Bye for now, Ed.
Posted by Steve Savage at 07:35