Responsible fishing in the Florida Keys 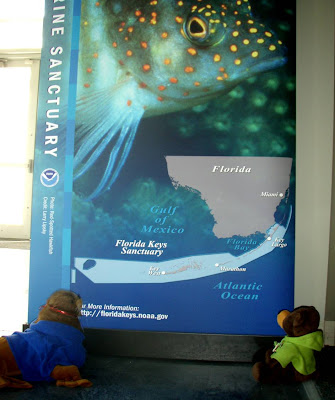 I have to say, this place is truly special. Being a tiny chain of islands, life in the Florida Keys is really all about the water. Unlike the Hawaiian island chain which was formed by volcanic action, these islands are the remains of an ancient coral reef. One of the most popular activities for locals and visitors alike is fishing. In fact, after tourism, fishing is probably the biggest part of the economy in the Florida Keys.

Commercial fishermen harvest huge quantities of Spiny Lobster and Stone Crabs in the waters here. Keys residents consider them a delicacy. Sam and I learned that the tail of the spiny lobster is usually the part people (and bears and sea lions) eat. Caribbean spiny lobsters do not even have claws like their more popular northern cousins! Caribbean Spiny Lobster like to hide in holes and under ledges during the day and forage for food at night. Theyvuse their large antennae to fend off potential predators.On the other hand (or claw), stone crabs are harvested only for their claws.

In fact, fishermen can take the claws and put the crab back in the water alive where it will eventually grow new claws! Recreational fishing is a big deal too. One of the islands here called Islamorada claims to be the “Sportfishing Capital of the World”! This is likely due to the fact that you can do almost any kind of fishing within an hour’s boat ride from the dock.

I didn’t realise there was so many types of fishing. Here it is possible to do something called shallow water light tackle, flats, and fly fishing in Florida Bay and the Everglades National Park, or go reef and bottom fishing for fish like snapper and grouper within 5 miles from shore. Just past the reef is the Gulf Stream current. Here you can do what they call “offshore” fishing and catch big game fish like tuna, wahoo, sailfish, and swordfish. 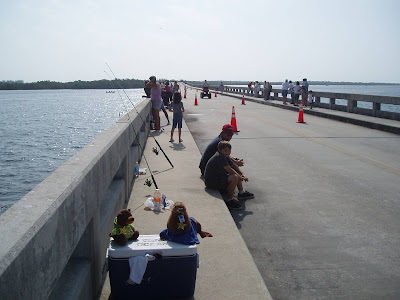 All this fishing talk made me and Sam curious, so we decided to learn more at the No Name Key Kid’s Fishing Clinic and Bridge Fishing Tournament. The local Sherriff’s office along with volunteers including the Sanctuary’s own Robert Keeley hosted this event which happens several times a year to help kids (and their parents) learn how to fish responsibly. 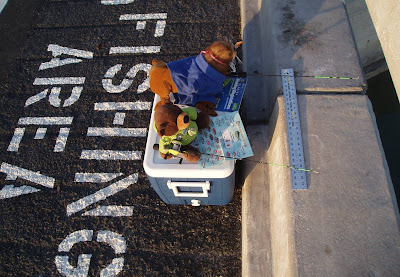 Sam and I learned how to bait a hook, how to cast a rod, and most importantly, how to identify and properly measure the fish you catch. Knowing what type of fish you catch, and how big it is, is very important to make sure you are catching fish that are legal and safe to eat. Sam and I make sure to follow the rules by fishing in the approved fishing area at the bridge. 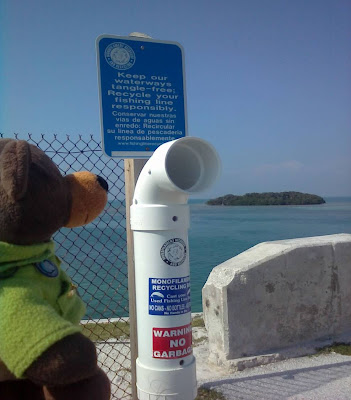 This is a tube for collecting used fishing line so it does not go into the ocean.

Certain types of fish have rules about what size and how many you can take to make sure there are enough of them left in the ocean to grow up and make more fish and to grow big enough to eat. The fishing was a bit slow today but we learned a lot and even got to keep these great fishing rods. We will try to do some more fishing before we leave. Sam said it is easier to catch fish swimming in the water, but I think I will stick with the rod and reel! 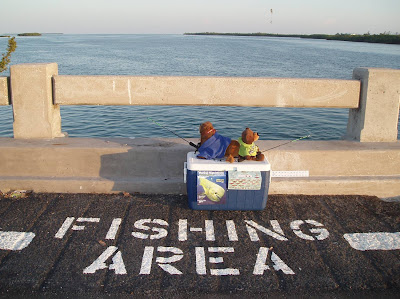 I think I could get used to this place! Fishing is very relaxing!

Sam said there is still lots more to see here in the Florida Keys, so come back soon.