Well its day 2 with my friends here at the NAB Youth Summit. Today was a day on the beach at the Bahia Honda National Park. 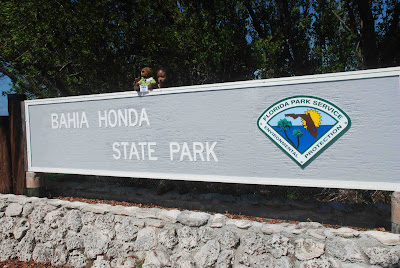 But as I am sure you can guess from my earlier posts, a day on the beach with the NAB Youth Summit is no ordinary day on the beach.  As well as enjoying the sun sea and sand, the NAB Youth helped with a community service project of cleaning up the beach. So me and Sam helped out too.
You never know what might be washed up on the beach, including objects that can be harmful or dangerous. 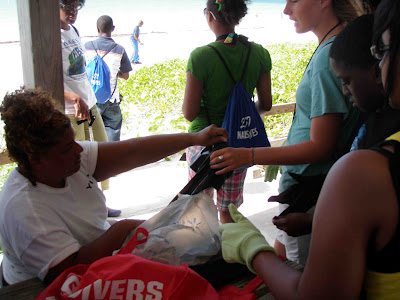 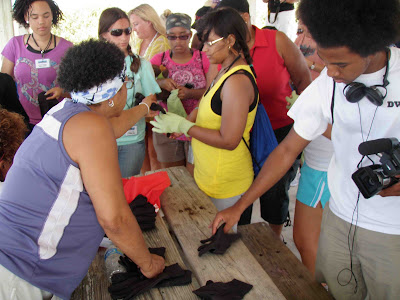 So before we started we were all issues with protective gloves. 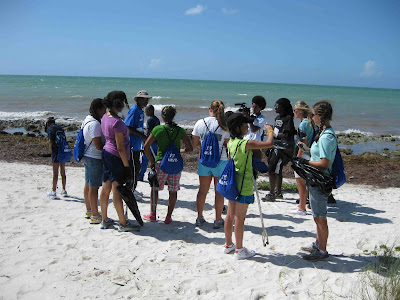 Then we were then all given instruction as to what we would be doing. 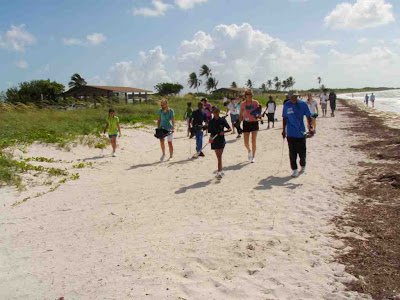 Cleaning the beach
My new friend Octavia Shaw has written a blog entry for me about the day.
Today was no ordinary day at the beach for me, Ed the Bear. With all the exciting things going on I have enjoyed some relaxing time in between, sitting under the shade or wetting my fur in the cool waters of the Bahia Honda Beach. Today, however, I decided to give back to this wonderful local community by helping pick up trash on the beach. 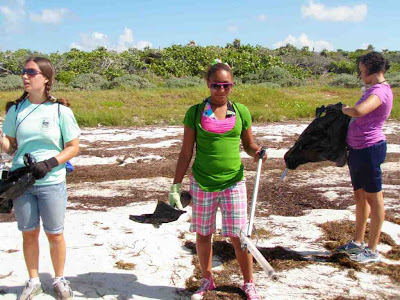 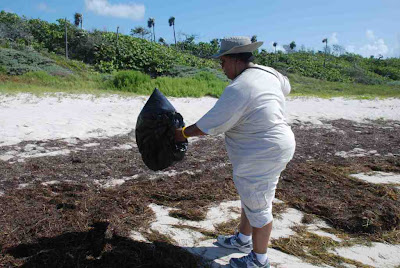 Now this probably doesn’t sound like a lot of fun to you, but that probably because you don’t know the wonderful things you can find and see on the beach. I don’t really mind it if I have to pick up a little Styrofoam or plastic here and there when I can also pick up seashells, sponges, sea grapes, and who knows what along the way. And luckily for me Bahia Honda is pretty clean; especially when compared to some of the other places I’ve previously volunteered to clean up. So there wasn’t much work to be done other than small pieces of plastic here and there and a long dirty rope. 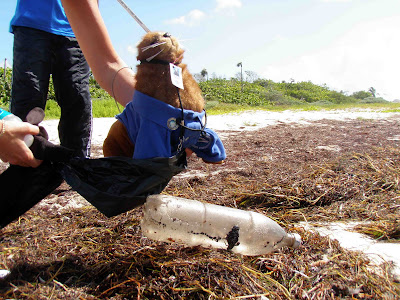 Sam picking up a plastic bottle

Bahia Honda beach is very special because it is the birthplace of a very special sea creature known as the sea turtle. Every mating season sea turtles come to the surface of Bahia Honda Beach and make a nest in the sand for their eggs. I was very lucky to come upon one of these nests. Of course the nests are fenced off just a little so the public doesn’t get too close and accidentally step on a poor fetal sea turtle. 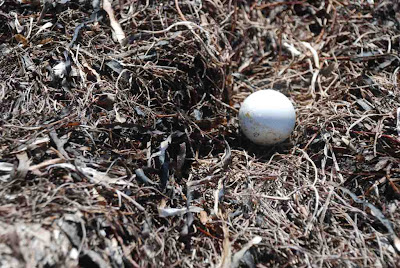 Turtle egg, which must have been dug up or washed out of the sand where it was laid

All this talk about cleaning reminds me of a very serious problem my friend Dr. Runyan was talking about earlier today. I’m talking about the British Petroleum Oil spill in the Gulf, if you hadn’t already guessed. This is a very serious problem; if that oil gets caught in the loop current it could be taken all the way to key west and even further, thus destroying many of the underwater ecosystems we have come to know and love. My friend, Cathy Sakas, was telling me this morning about how she found a balloon that had drifted to Georgia from Ohio! If you think that’s far imagine what could happen if that oil got into the Atlantic ocean! It could flow all the way down to England or Sweden! So it is important that they find a way to fix this problem before it spreads too far.

Here is some of the trash we collected from the beach 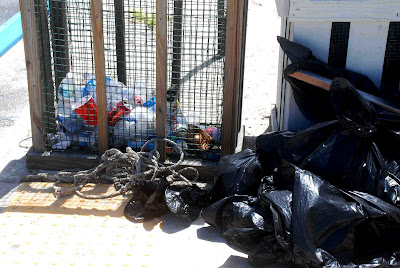 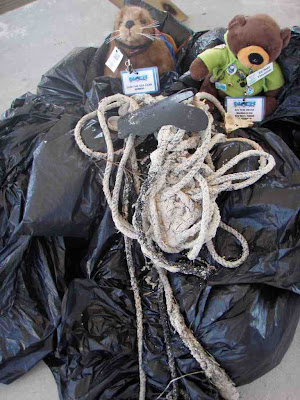 Mary Silk also wrote this blog entry about the day.

So today was an overall wonderful day. We were able to help the environment while enjoying the wonderful Florida Keys. We went to Bahia Honda National Park that was voted the best beach twice. 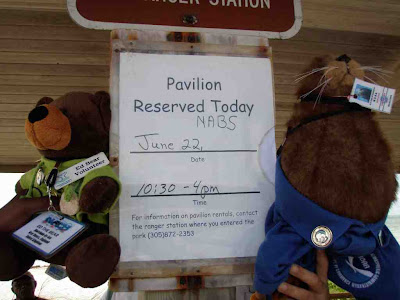 The park ranger came and talked to us and told us that they keep the beach as natural as possible, which answered the question why there was a bunch of seaweed washed up on the beach. It reeked of dead fish in some places but could not take away the beauty of the beach. After we all did a thorough sweep of the beach for any trash we had lunch. Afterwards Dr. Tim Runyon talked a little on the terrible oil spill in the Gulf. 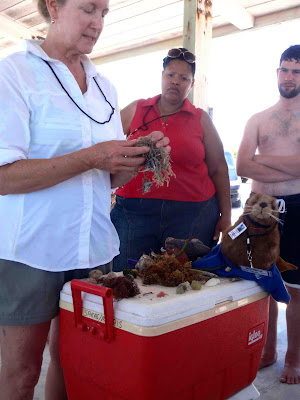 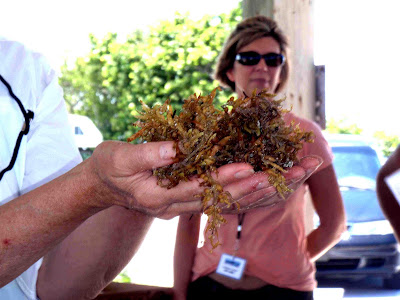 Mrs. Cathy Sakas then took over and helped us identify some of the things we saw washed up on the beach such as: Sargasso seaweed, single celled algae, multi-celled algae, red algae, and brown algae. 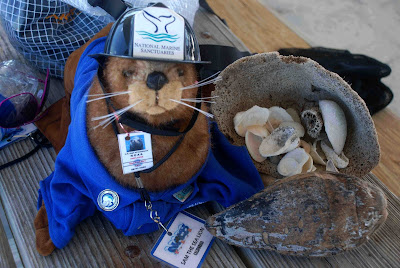 Sam with some of the shells we found 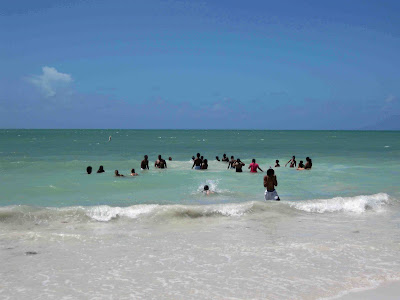 Then we got free time to explore. Some of us went snorkeling and saw a lot of the things Mrs. Sakas taught us as well as other things like a huge sand dollar that wasn’t completely flat and bleached. It was an amazing snorkel and its really cool when you know what your looking at.
-Mary Silk 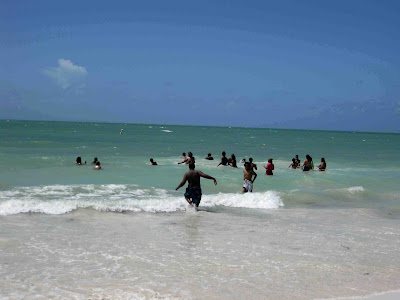 We all had a great day We felt really good about helping to keep the beach clean and we learned lots of new stuff too.
Bye for now, Ed
Posted by Steve Savage at 04:44