Day 5: Final day of the Youth Summit, but still time for a dive

Today is the last day of the Youth Summit. Unfortunately the plan had been for the last dive of the week to be at a underwater sea laboratory called the Aquarius .The Aquarius is run by NOAA and NURF.

Aquarius is in 60 feet of water and is protected, you can not drive a boat or fish within 5 hundred yards of Aquarius. You also have to have special permission to dive there. We had permission but mother nature would not cooperate. The waves were 6 feet, too high for the Youth divers. So we went to a very popular reef called Molasses Reef. Under normal circumstances this is a great dive, with visibility 70 to 80 feet , every kind of marine animal you could think of is there. Again Mother Nature was not as kind as this day. Molasses Reef the visibility was way down to 20, 25 feet. We made the best of it and dove. I went down in my diving bubble and Ken Stewart filmed some video footage. I will add it too my blog later.

After the dive everyone had the afternoon off so they could get ready for the Banquet. 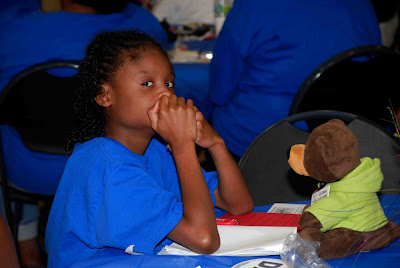 The Youth Summit always ends with a closing banquet so the youths can be presented with different awards. 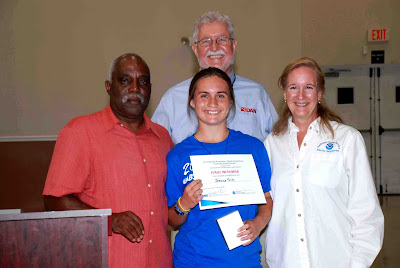 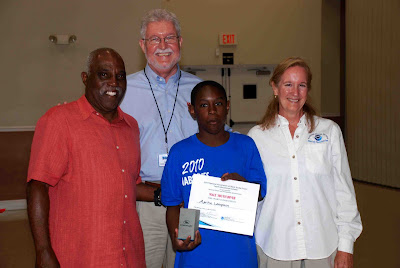 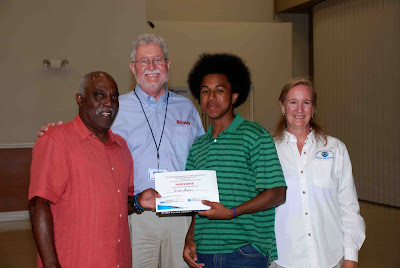 Guess what, I got a certificate too, for being an outstanding marine Environmentalist. 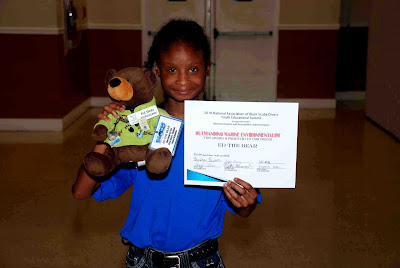 Here I am receiving my certificate from Lisa 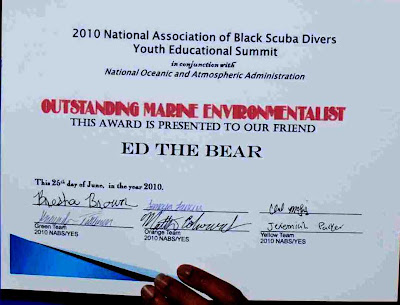 I did not expect that, I was speechless which is very unusual for me. We had quite an honor Dan Orr CEO of Divers Alert Network{DAN} was our guest speaker. 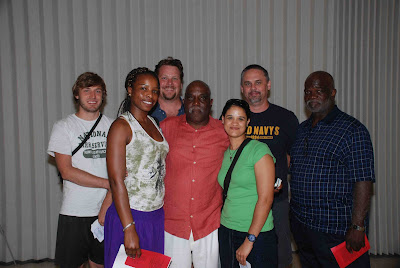 A group from Africa
During the week Ken was told there were a group of folk from South Africa , who where invited to the banquet, including a Representative of the South African Government {Ratanang Maremane} 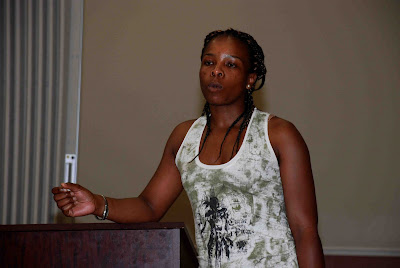 Ratanang Maremane
There was a great excited buzz in the air. But eventually it was time for everyone to go off to bed ready for an early start back home. I had an amazing time at the youth summit and made lots of friends and they all looked after me. I must give a special thanks to Lisa who took great care over the last couple of days - you may have noticed Lisa in many of the pics of me. 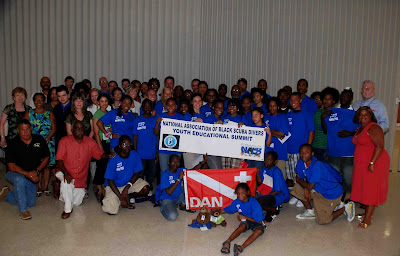 The Youth Summit Banquet Group 2010
It will be sad to leave but I also must be on my way. Next stop for me and Sam is the Channel Islands National Marine Sanctuary.