Why is Shoreham Beach So Special?

Ed the Bear helped share raise awareness of his fascinating beach which is also a local nature reserve. I organised and ran this event as part of the 10 year celebration of the Shoreham Beach Nature Reserve.


This event took place at the Church of the Good Shepherd Hall on Shoreham Beach and on the adjacent Shoreham Beach Local Nature Reserve with help from FoSB’s Chris Bohea. 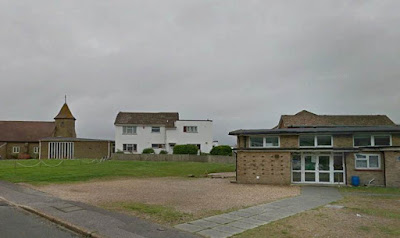 Sadly the previous spell of hot weather broke and we had heavy rain early on in the morning and then 50 mph winds blowing along the beach. This almost certainly impacted in the number of people who turned up for this event.

However we did get a few families come along to the event and a couple of individuals and despite these conditions they were very enthusiastic. 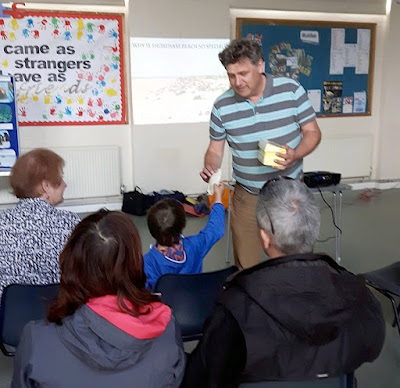 Instead of one presentation and the remainder taking pace on the beach, I ran part of the Why is Shoreham Beach Special presentation (focusing on the nature reserve, vegetated shingle habitat, wildlife and how Shoreham beach was formed and shaped by the river and coastal processes – which continue today. Plus activity about plastic pollution and micro-plastics. People then eat lunch in the hall instead of on the beach. 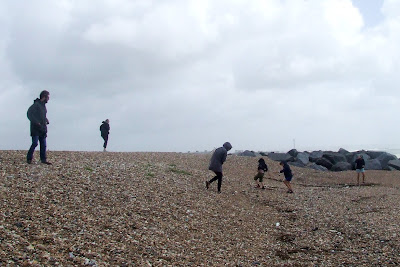 After this we all went over to the beach for about 20 minutes (participant’s safety uppermost) and looked at the shingle plants and sea birds. 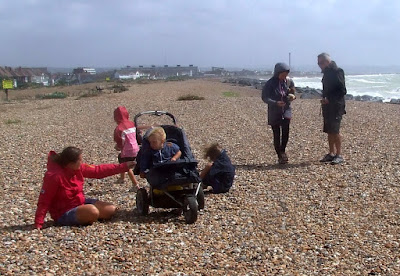 We collected pebbles and strandline objects and brought them back to the hall to consider what we could learn from observing them. 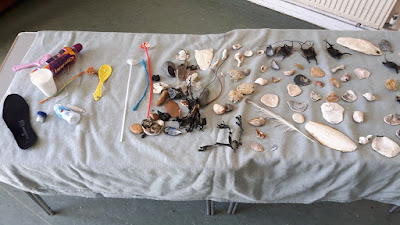 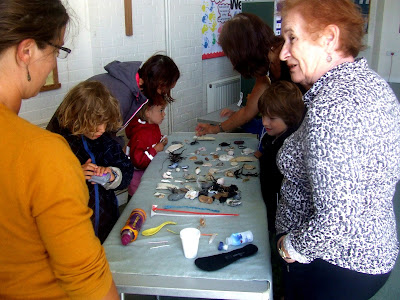 After a while I ran a seashore strandline quiz – including lots of pictures of the animals that the objects they had found actually came from such as cuttlefish and their eggs, dogfish and egg development sequence, rays, whelk eggs, etc. 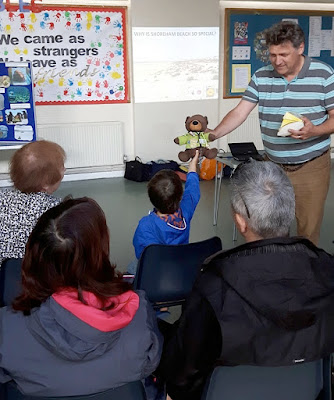 The event finished with local and global links using Ed the Bear based at Shoreham Beach to consider how Shoreham beach is connected to the global ocean, how we benefit from the ocean (moderates our climate and weather, provides 50% of our oxygen etc) and how global issues (such as climate change and sea level rise might impact Shoreham beach and the nature reserve. Lots of images made the session very visual and also had an intriguing quiz element.

Despite the weather and the need to run more of the event inside – everyone seemed to have an enjoyable day. This event was funded by the Awards for All Heritage Lottery helping us to celebrate Shoreham Beach’s 10 years Anniversary as a Local Nature Reserve.
Posted by Steve Savage at 03:20