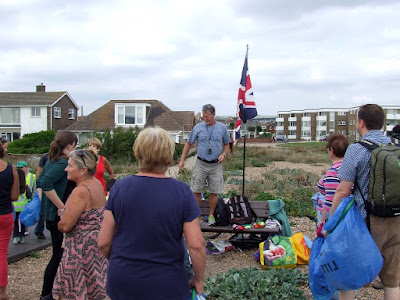 Also this year I was able to come along with Ed the Bear to help with the planned beach clean and to provide a deeper awareness and understanding of the global and local problems caused by plastic. The event base was set up alongside the recently constructed boardwalk (which is actually made from recycled plastic) 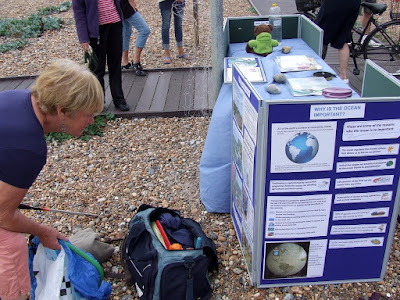 This included my display stand focusing on why Shoreham Beach (where the event was taking place) was important and how we benefit from the ocean (ecosystem services) such as 50% of our oxygen, freshwater, 15% of food as well as how the ocean moderates our climate and weather. The display stand also provided a focus on local consequences to global issues – such as climate change and sea level rise. 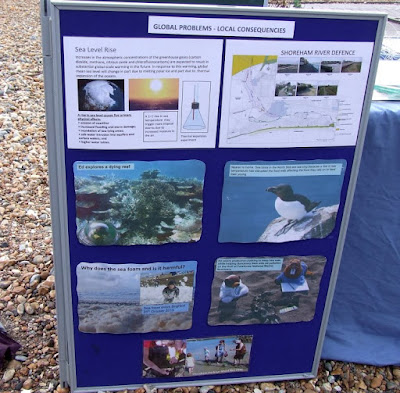 The display stand also included pictures and information from the One World One Ocean Project and Ed the Bear.

As you know I have been send Ed the Bear to scientists around the world to find our about the ocean and ocean conservation which we then share at events and visiting schools using to create links between the local and global, a celebration of the ocean which includes a focus on conservation issues explored first hand. http://seawatch17.wixsite.com/one-world-one-ocean 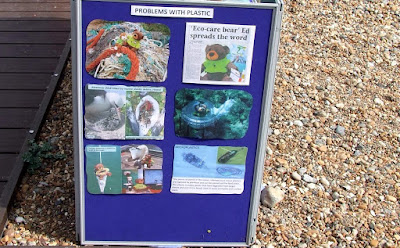 This also included local and global examples of plastic debris (including plastic strapping which came from cape fur seals that were entangled in the plastic, plastic incidents around the world including the necklace gifted to Ed the Bear while in Hawaiian islands – made from a numbered scientific leg band from an albatross chick that died from swallowing plastic.
Ed raises awareness of the plight of these majestic birds and also about the dangers to UK sea birds such as fulmar. There was also a big focus on micro plastics – from how large plastics items degrade into spammer items (which can be ingested) and also micro beads and other human sources. 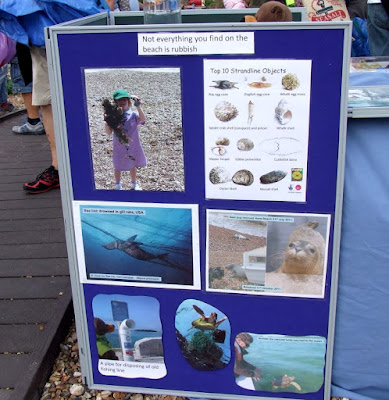 Part of the display also focused on the fact that not everything you find on the beach is rubbish – focusing on ray, dogfish, whelk and similar egg cases that look like they are plastic.
I spoke to the participants about plastic pollution as they gathered awaiting the start of the beach clean. This included explaining about micro plastics and how the smaller items on the beach are often more dangerous to local marine life. 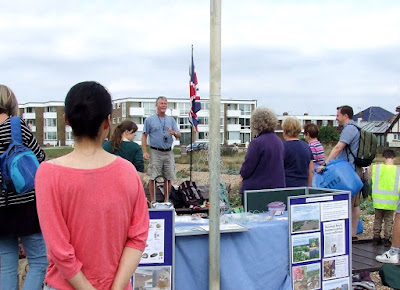 After a briefing by John the participants, armed with a large bags, gloves and grabbers, started the beach clean. 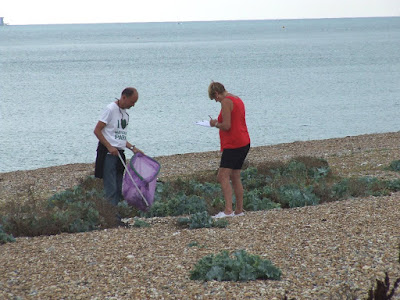 They were divided into two groups, one group which would undertake the finger-tip litter pick survey which would be sent to MCS, the remained cleaned the beach outside of this designated area. 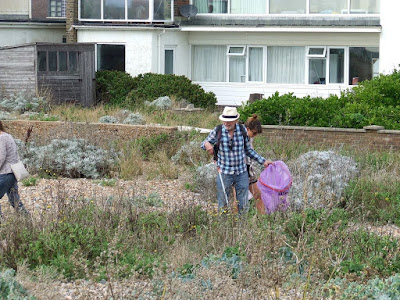 I remained by the stand for a while and spoke to members of the public passing along the boardwalk. 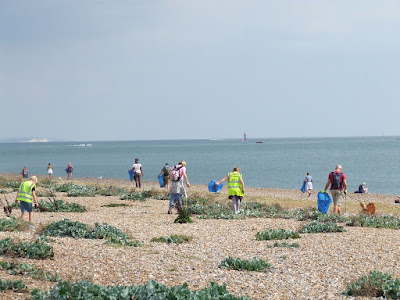 I then headed off down the far end of the beach clean boundary to check up and support the volunteers, as well as answer questions and share information.
I met a family who had come along to the rock pooling with a microscope event I ran back in August - which was also funded by the heritage lottery grant. 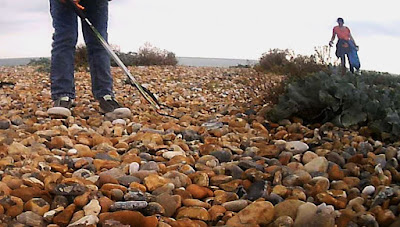 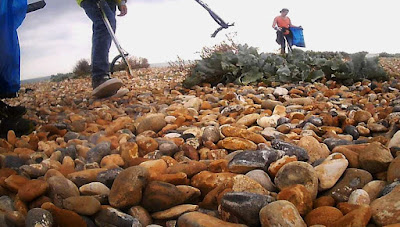 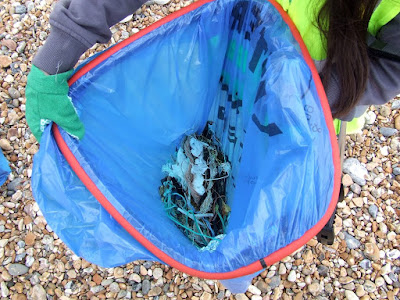 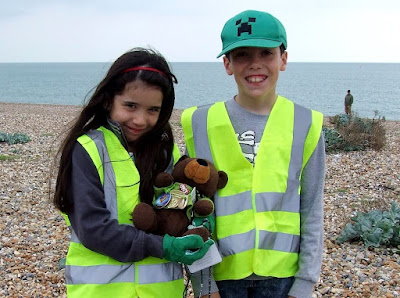 I walked back with the last of the volunteers as they returned with their bags of debris and returned the grabbers. 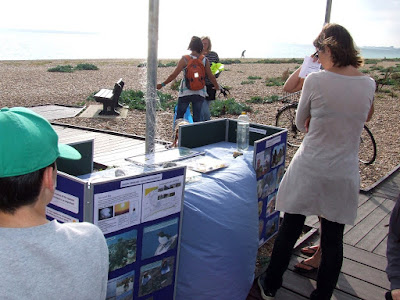 A final chance to talk to participants before the event ended. A large amount of debris was removed from the beach – however there were fewer large items found this time – so maybe the message is getting across. This meant we collected a lot of smaller items of plastic. 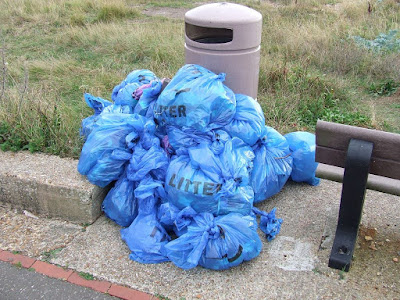