We have returned again this year to the Big Bang South East Stem Science Event in Sussex, UK. It is great to see how stem science is really growing in Sussex. The first event we took part in 3 years ago had an attendance of about 2500 pupils and teachers. 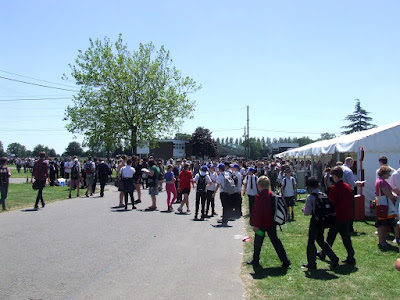 Last year the event moved to a much bigger venue, the South of England Show Grounds and we were at the same venue again this year.

We brought an updated display showing Ed the Bears travels to scientists and other organisations around the world to learn about ocean science and human impact on the oceans. 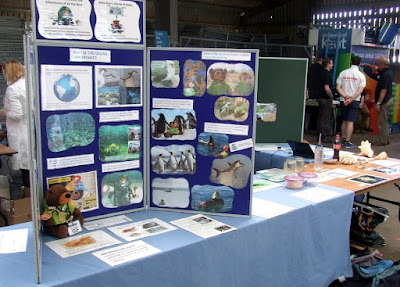 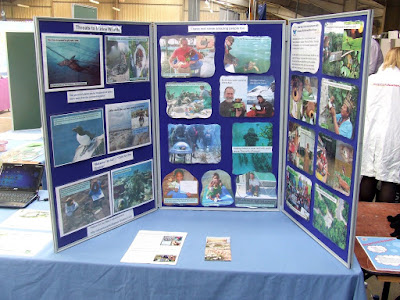 We also brought some simple science demonstrations to help explain some ocean science issues.
One of the key ways that the oceans affect us every day is that they moderate our climate and weather. 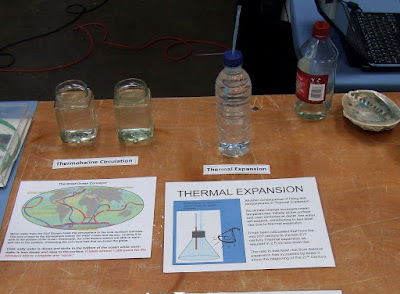 This is due to the Great Ocean Conveyor which transports ocean water heated at the equator across the ocean. On the way it looses heat and moisture to the atmosphere thus influencing our daily weather and the Earth's climate.

When the ocean water reaches the polar regions it cools, some of the freshwater becomes ice making the remaining water more salty (dense) so it sinks. More water moves to replace it and this powers the whole system. Its real name is the thermolhaline, thermo = temperature, haline = salinity. 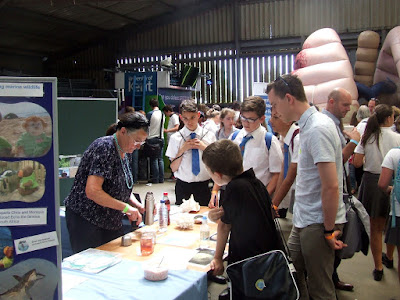 We demonstrated how this works using cold and very salty water which we dyed red to show that it sinks straight down. This waster flows along the sea bed and will eventually return to the surface at the equator which completes the cycle. 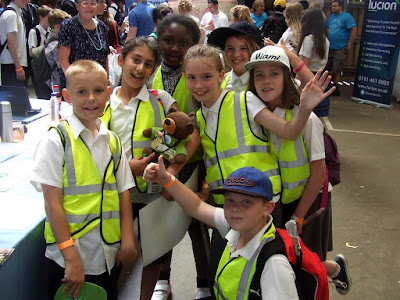 We also exhibited an explanation of thermal expansion. As the oceans have warmed been warmed by climate change they have expanded. They now take up more space and so they have risen up the coast. Over half of  sea level rise has been caused by thermal expansion, much of the rest by melting ice caps. 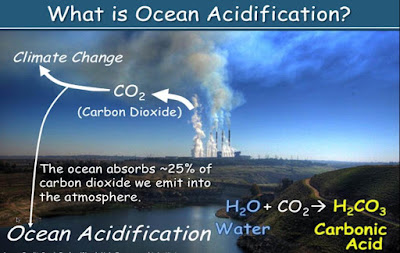 We also included our demonstration of ocean acidification. The oceans absorb 25% of the carbon dioxide we emit into the atmosphere. This is now changing the water chemistry of the ocean threatening creatures that build their shells and bodies from calcium carbonate. 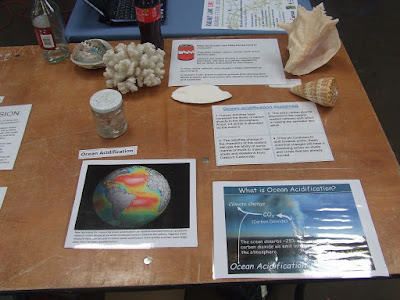 In our demonstration we put a sea shell in vinegar which slowly dissolves during the day. Creatures in the ocean are not dissolving, but they are struggling to access the calcium carbonate to build their shells and we are seeing thinner shells and even deformed shells that can make it easier for a predator to break through to eat the occupant. 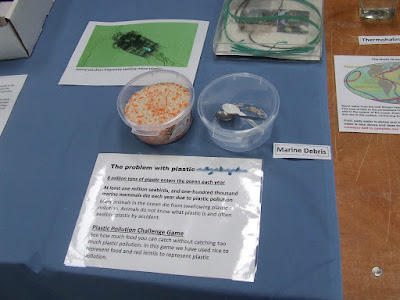 Plastic debris was the other demonstration, a simple game that illustrates the problem that marine creatures have catching food without swallowing plastic. 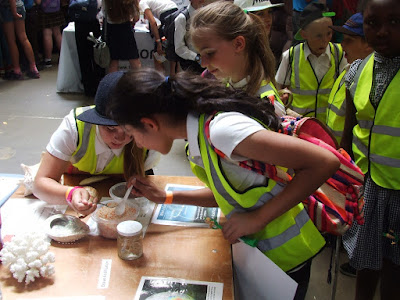 We even find plastic in the bodies of plankton. Tiny pieces of plastic can also absorb other pollutants increasing the risk to the oceans wildlife.

Ed the Bear wears a necklace made from a scientists ring band. the scientists placed it on the leg of an albatross chick which sadly died from swallowing plastic. Ed uses the necklace to share his experiences of the plight of these majestic birds.

People are often surprised how we could ever change the temerature of the oceans, pollute them or change their water chemistry. The graphic below helps put the size of the oceans into perspective 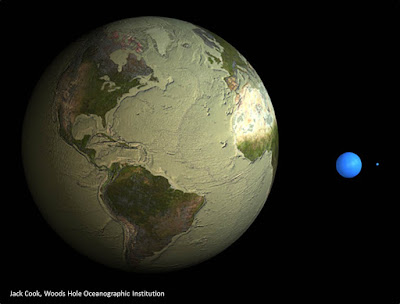 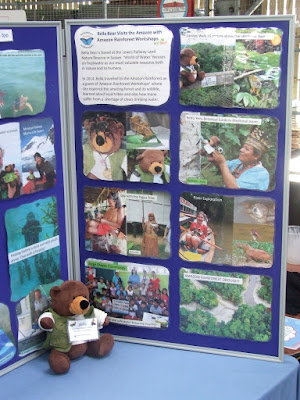 We also included Bella Bears project about freshwater and freshwater habitats and included her trip last year to the Amazon with Rainforest Workshops http://amazonworkshops.com/

A completely separate project, but still focusing on Freshwater and freshwater habitats is Railway Land Live (a nature reserve on what was once railway land).  This focused on a Heritage Lottery Funded Project Raiwlaylandlive! which includes two underwater webcams and two surface webcams http://www.railwaylandlive.org/ and much more.

The site also includes information on how schools can take part next year. We also included information about a special one day Biosphere Festival on the site http://www.railwaylandproject.org/ on the 5th July. 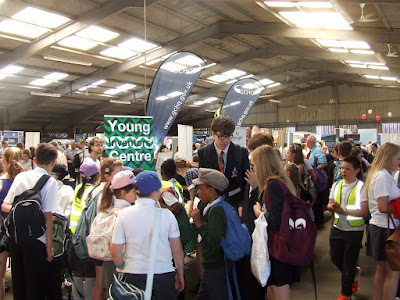 It was an amazing day and a great opportunity to share ocean science to a wide range of schools. We also had a chance to raise awareness of the marine education programme we run based at the Shoreham Beach Local Nature Reserve  http://www.fosbeach.com/education-on-shoreham-beach/