The trouble with sea foam

Hi all
When I was at the marine educator’s conference in Plymouth back in early September I learned about sea foam from a group of scientists studying this in the English Channel and North Sea. While the foam looks like an over spill from a washing machine, it’s not from washing powder. The foam can be a sign of damage being caused to the oceans, by due to human activities, called Eutrophication (big word!). While nutrients are vitally essential for the marine environment (its food for many animals and plants), it is thought that the natural amount of nutrients in the water is often dramatically increased by human activities.
The most common nutrients causing eutrophication are nitrogen and phosphorus and these enter rivers and the ocean from water run-off from agricultural land from industry and, from households, including phosphorus-based detergents.
The scientist said algae (plant plankton) are a vital part of marine food webs and algae need nutrients to grow but when there is too high a level of these nutrients it can cause an algal bloom. This means the algae multiply in vast numbers to feed on the extra nutrients.  The algae die and they are eaten by bacteria. This sounds good so far.  But the problem is that the bacteria use up lots of oxygen which means the animals living on the seabed might not get any oxygen to breathe. That sounds a huge problem! 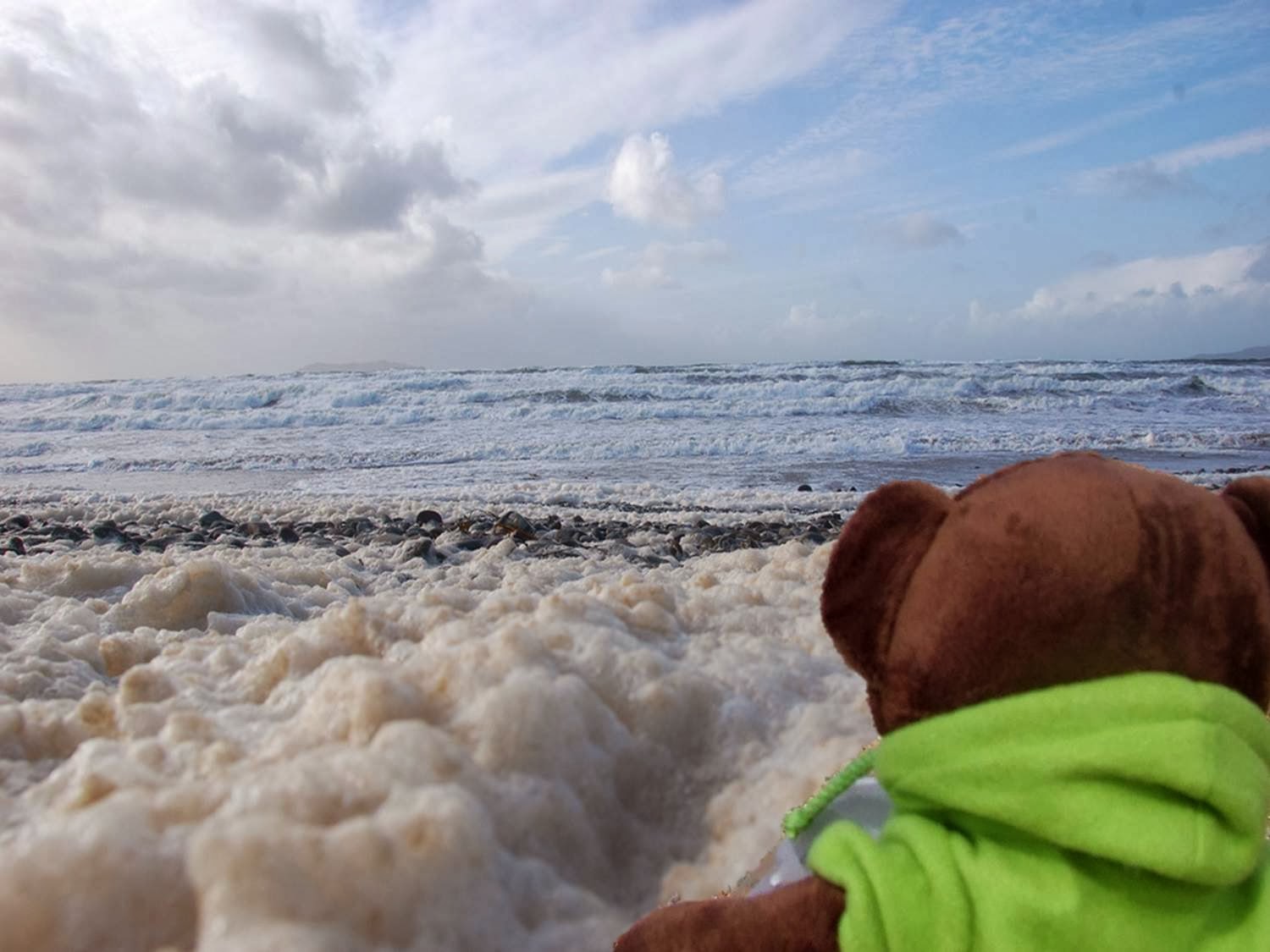 When it is stormy the dead remains of the algae are stirred up by the waves and the wind making foam. I was very concerned to find that we had a lot of sea foam on Brighton Beach and also on my beach at Shoreham. The pebbles were covered in a blanket of white.
I have contacted the scientists about our beach foam and I am waiting to find out if they think it happened because of eutrophication. The scientists monitor the sea using satellites that can see the algae blooms. I will let you know if I find out more.
Bye for now
Ed the Bear