Sorry I have not sent any updates lately but I am busy planning my next adventure. However I have received some great news that I just had to share with you all.


I have had some great news from my buddy Fred the Monkey and Ron Hirschi. You may remember the terrible tsunami back in March and the damage it did to the Hawaiian Islands and its wildlife. Especially the Laysan Albatross who have already suffered so much due to marine debris. 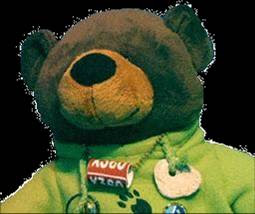 At that time many seabirds were killed, but Wisdom, the oldest known wild bird on the planet, survived. Wisdom is a Laysan Albatross estimated to be 60 years old.

Fred sent me some fantastic news. Not only did Wisdom survive but her chick has successfully fledged and now soars over the ocean.

You can see two really nice photographs of Wisdom with her chick on Fred and Ron’s weblog.