I was walking along the banks of the river adur today and saw the most extraordinary sight. I saw a shape coming from the distance. 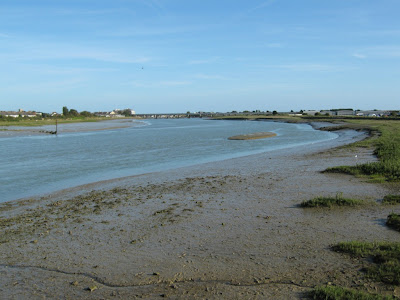 First I thought is it a bird...is it a plane... its...well actually it was sort of both. 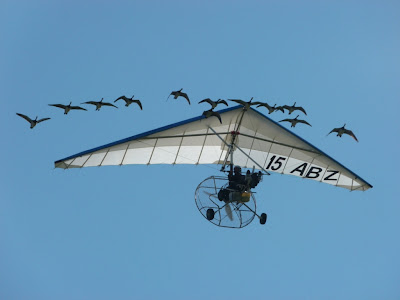 As it came nearer I saw that it was a man in a microlight a bit like a hang glider with an engine. Flying alongside him were a flock of geese. 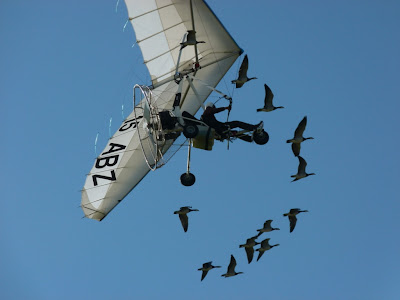 I found out later that this was part of the airshow at Shoreham. This was Christian Moullec who has been training barnacle geese to follow his microlight. They are orphaned chicks that have been raised from chicks who imprinted on Christian and the microlights. 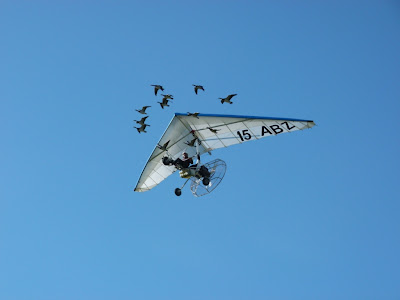 This is what baby geese usually do with their mother. Christian hopes to use what he learns to help rare geese (such as the white fronted geese) to migrate to new area starting new colonies in other areas.
I thought this was really amazing.
Bye for now
Ed the Bear
Posted by Steve Savage at 08:49