﻿Here I am at the Brighton Science Festival. 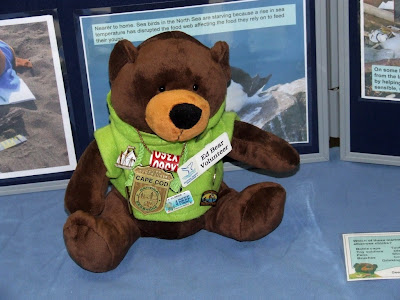 I am here with my buddy Steve with our One World One Ocean display. Last year my sister Bella brought along a display because I was in the USA. This time I have been able to come in person.
The display explains all about my adventures, this includes the following information. 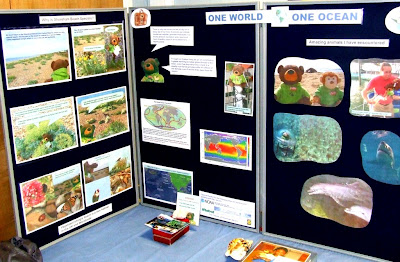 Why is Ed the Bear travelling?
The display starts of by explaining that I have been travelling since I discovered that my local beach (home to UK and globally rare vegetated shingle habitat) is in danger from global issues such as climate change. I  decides to travel to other seas and oceans to help me understand these global problems, how they might affect my local beach and what could be done about it. 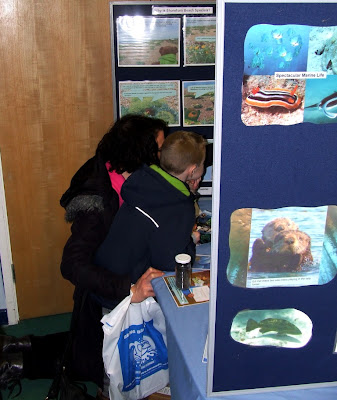 On the way I encountered some amazing wildlife both locally and globally. I have seen majestic whales and albatross, playful sea otters, rare monk seal, turtles and much more. With my purpose built diving bell, I have dived on stunning coral reefs and ship wrecks.
Threats to ocean
Our display also shows some of the many threats I have found out about, many of them are affected by our modern living, such as climate change that may cause sea level rise, extreme weather conditions, killing coral reefs and disrupting food chains (latter even around the UK). I found out about ocean acidification, which may threaten many hard bodies many invertebrates, marine debris etc. 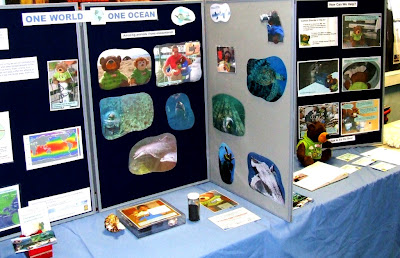 Helping the oceans
Our display also show some of the people I have visited that are doing things to help protect the oceans. Ron Hirshi and Fred the Monkey who help clean beaches of dangerous plastic and educate people about the dangers to wildlife. I visited a turtle hospital where they rescue sea turtles and return them to the ocean. I helped with an oil spill and visited a laboratory where they are growing corals to replaces a nearby damaged reef.

The display also tells people about the Black Scuba Diver Youth Summit I visited and the new friend Lisa I made. This is me receiving a special certificate at the Youth Summit. 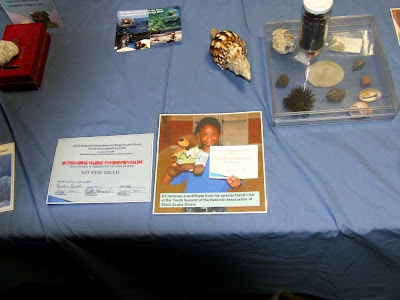 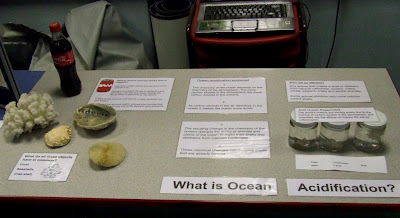 The experiment we set up shows what will happen if the oceans become too acidic - animals with hard shells will dissolve. We used three jars. One had freshwater, one had half freshwater and half weak acid (vinegar) and one jar had just vinegar. We put a seashell in each jar. The one in freshwater stayed the same. The shells in both the other two jars started to dissolve. This is what will happen in the oceans. Most people we spoke to had not heard of ocean acidification.

A chap called Colin helped us as well. He has done lots of diving like me and brought along some beautiful pictures of the ocean wildlife he had seen.


The Friends of Shoreham Beach brought along their display about Shoreham Beach, the fascinating plants and animals that live there. 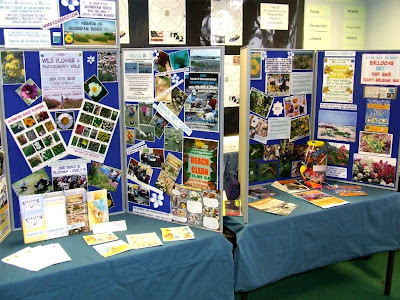 They also had a marine litter display showing some of the litter washed up on Shoreham Beach and how long each item takes to biodegrade. 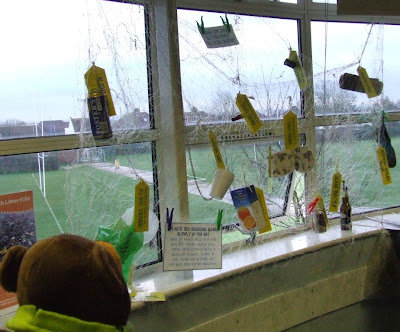 They also had a colouring activity about marine litter which was also popular. 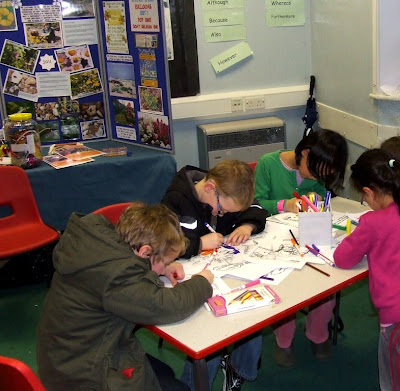 There was also an exhibit about local marine life and the strandline objects washed up on the beach. 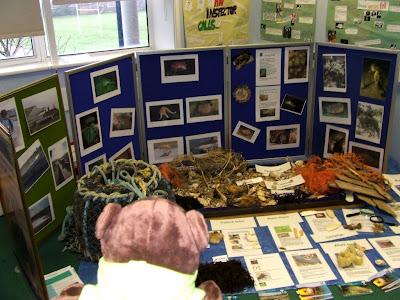 They also had a great activity for the children making a rock pool in a bottle.

To stop litter getting into the oceans we need to dispose of it responsibly. Much of it is reusable so it is important to recycle what we can. 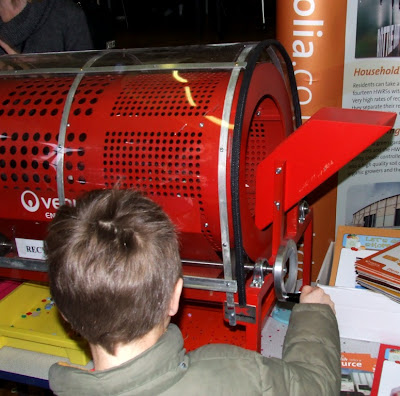 As I walked around the other exhibits I saw this display explaining how the items that are collected for recycling are separated into different materials. 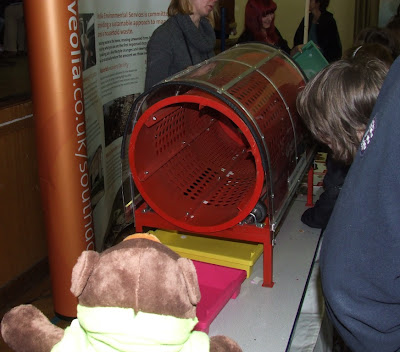 This is a working model showing how this is done.

There were also lots of other great scientific demonstrations going on. 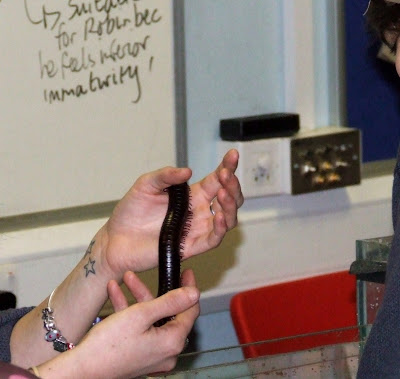 This is a giant millipede. 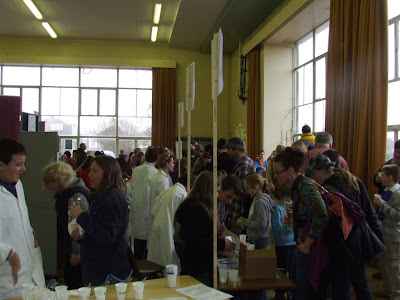 There were excited children and adults everywhere and being a little bear I decided to go back up to my display before I was accidentally trodden on.

It was a great day. Lots of adults and children asking lots of questions about the oceans and about the threats to oceans.

I am only at the science festival on the 19th February, but the festival continues for another couple of weeks, so if you live in Sussex (UK) then you might like to go along. Here is the website to check out what is yet to come.