Fishing gear discovered on sandy beach inside the harbour at Shoreham while we were working with a school group. 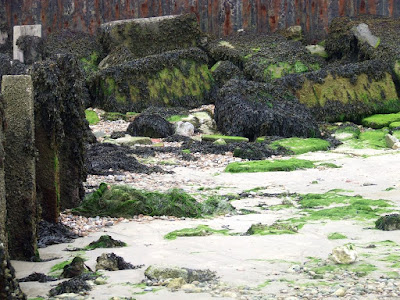 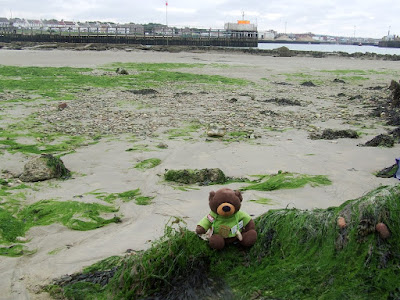 The net had been rolled as it was washed ashore. I tried to pull it up the beach, but it appeared to be hooked on a rock or something as it was impossible to move. I inspected the net and could find no marine life entangled, unlike the fishing net we discovered  at the annual rock pool event (last year) I run at Shoreham Beach each year for Friends of Shoreham Beach. A large section of net was found on the beach which contained many crabs and some fish (which had died) The live crabs were cut from the net and released.
http://sussexmarinejottings.blogspot.co.uk/2016/08/annual-rock-pool-event-at-shoreham.html
Posted by Steve Savage at 03:28