Ed and Bella Bear at the Brighton Science Festival

Yesterday, Ed and Bella Bear took part again in the Brighton Science Festival again this year as part of the One World One Ocean exhibit. http://www.brightonscience.com/ 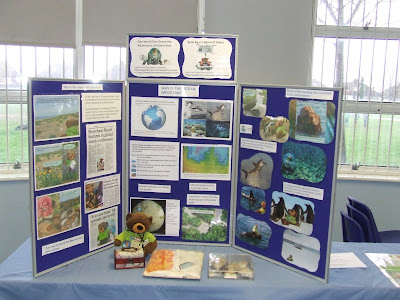 Ed has taken a break from his Atlantic Adventure to share his experiences to Festival visitors and also his previous travels to Antarctica, South Africa and of course many sites around the USA  including the NOAA National marine Sanctuary network. 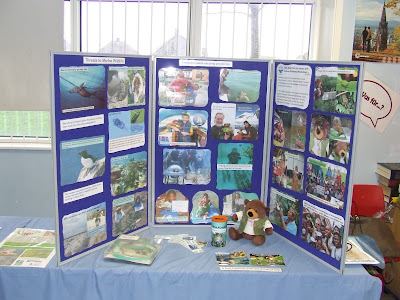 During Ed the Bears Atlantic adventure he learned more about the part that temperature plays in ocean processes. For example, where does the wind come from that powered the sailing ship Moondancer he was travelling on and what caused the thick sea mist be encountered of the Spanish coast. 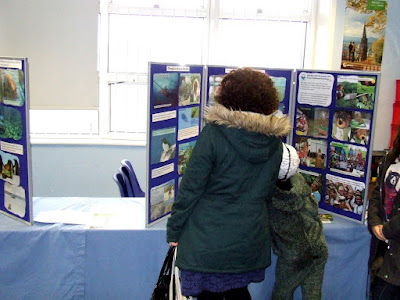 Ed also shared his sightings of marine life such as the common dolphins that frequently rode the bow wave of the Moondancer.
http://moondancersailing.com/


This year the exhibit also included a demonstration of live seashore animals using a usb microscope cam and projector. The demonstration included sea anemones, shore crabs, barnacles and other invertebrates. 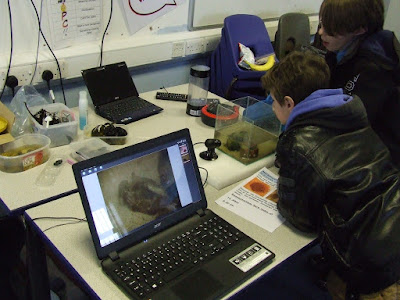 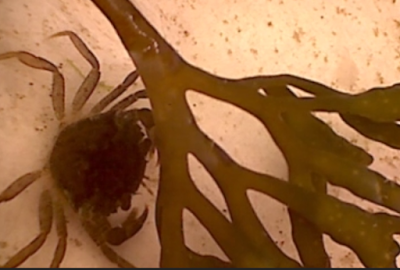 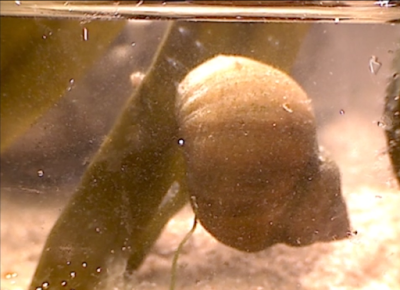 We also included the usual science demonstration of plastic pollution and ocean acidification. 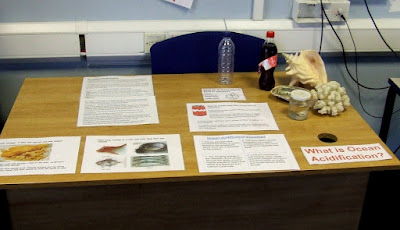 Bella Bear was also part of the display a project focused around freshwater as our most valuable resource. The exhibit included her trip last year to the Amazon Rainforest in Peru where she explored the rainforests and encountered some amazing wildlife with the help of Amazon Rainforest Workshops. http://amazonworkshops.com/ 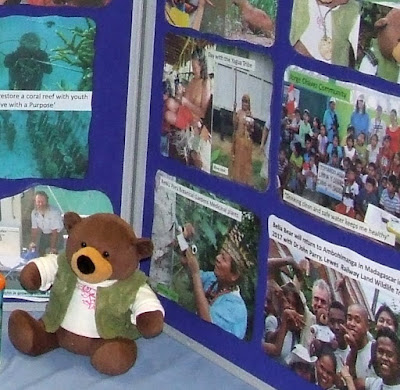 The display also included Bella’s visit to a project bringing clean drinking water to remote communities and explained why the rainforest periodically suffers from drought due to climate change.
You can find see more about Bella's trip to the rainforest at http://seawatch17.wix.com/bella-world-of-water#!amazon-rainforest/c1djc 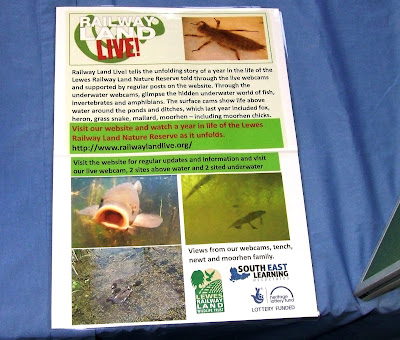 We also shared a link to project I have been involved with this year as teacher and biologist called Railway Land Live a freshwater nature reserve on the site of old railway sidings. A project that included four webcam, two cameras above water and two underwater. http://www.railwaylandlive.org/ 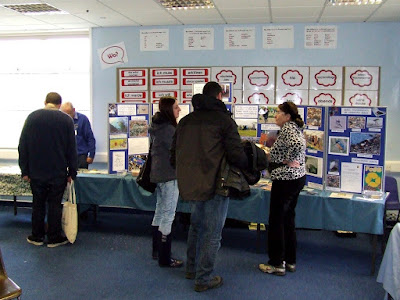 
As usual it was a great day with lots of interest and enthusiasm from visitors of all ages.


You can find out more about Ed the Bear at http://seawatch17.wix.com/one-world-one-ocean
Posted by Steve Savage at 04:10