Here we are again at the EYE summit, EYE stands for Eco Young and Engaged. 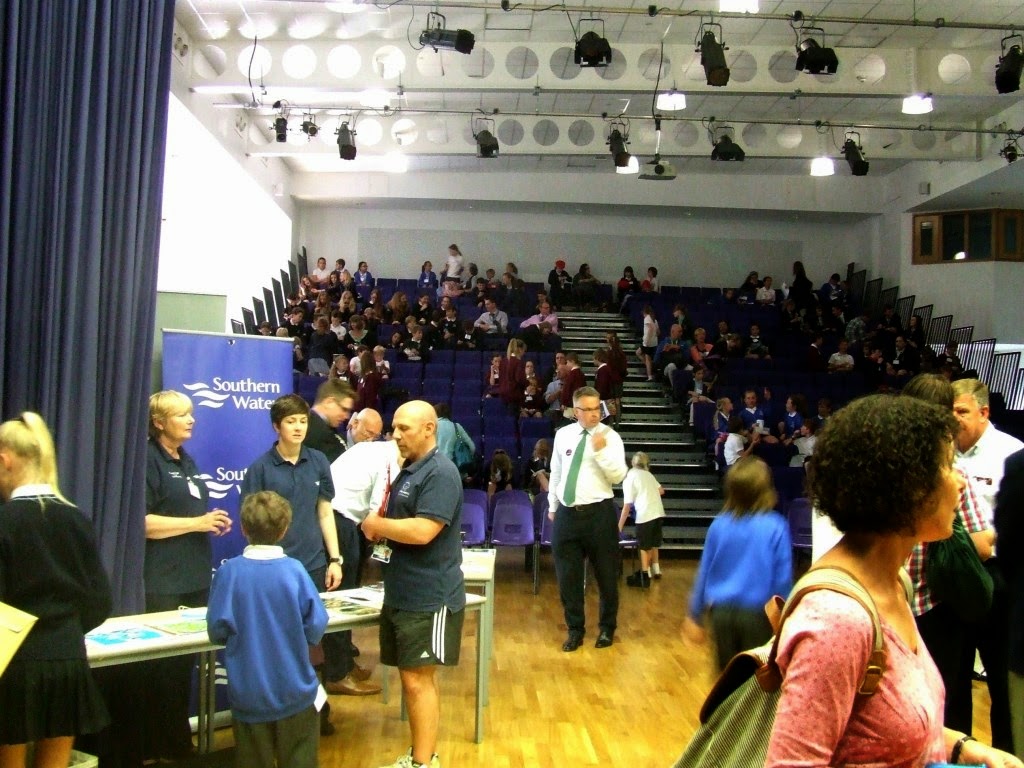 The project shares sustainable living ideas be tween schools and they have the chance to show case what they are doing in their school to save energy, recycle or help wildlife in their school grounds. There are also exhibits from lots of organisations and also workshops that the children can take part in to learn more. 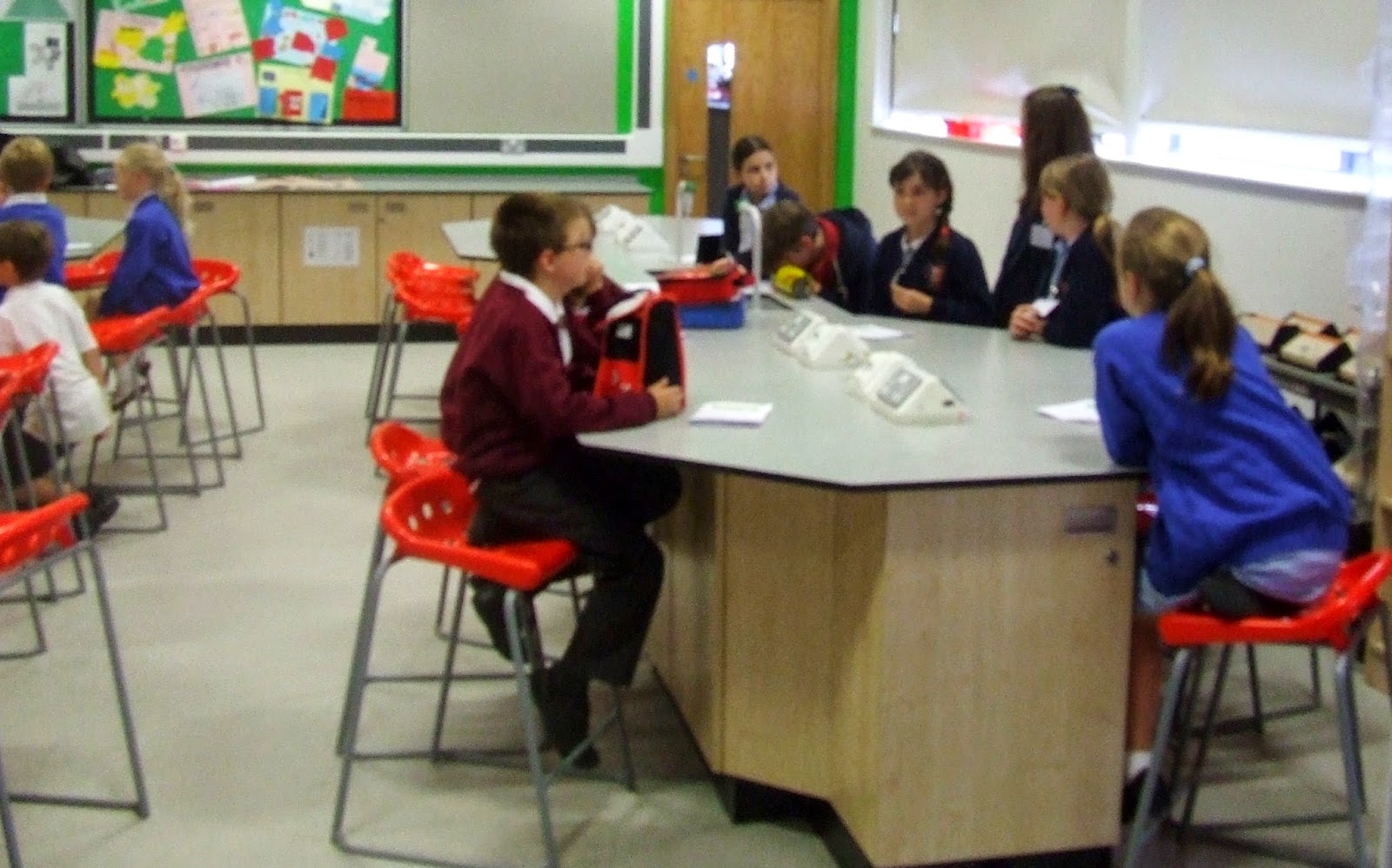 A stranded dolphin can easily die from heat exhaustion (gthey get to hot when not in water) from gravity - the dolphins own body weight when not supported by water can crush its organs such as its lungs and heart and other problems the children had top learn about before they could plan their rescue.

In the workshops the scenario was that a dolphin had become stranded on the beach entangled in plastic. 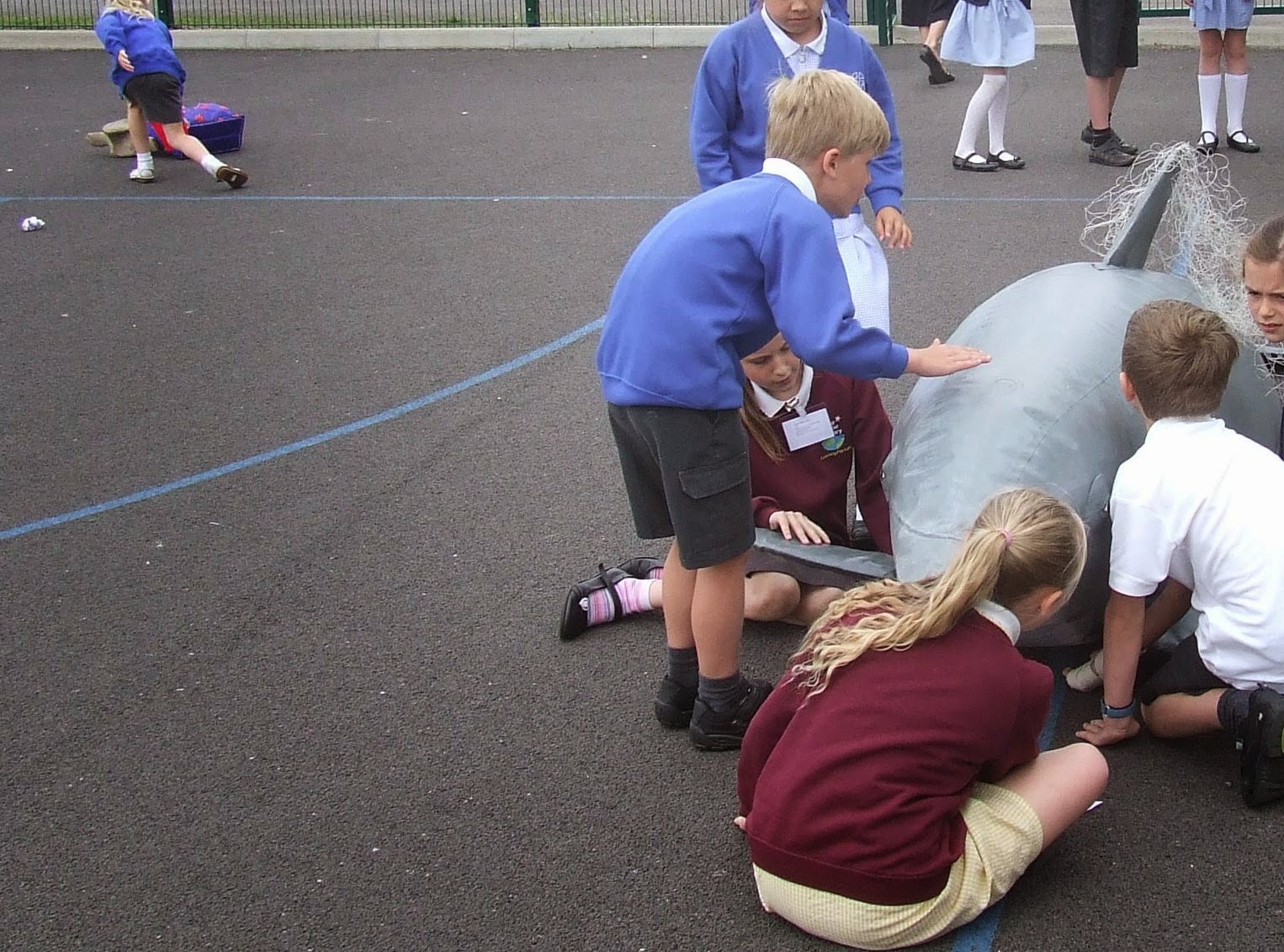 The children, in two groups, had to use what they had learned to plan their rescue and then undertake their rescue. 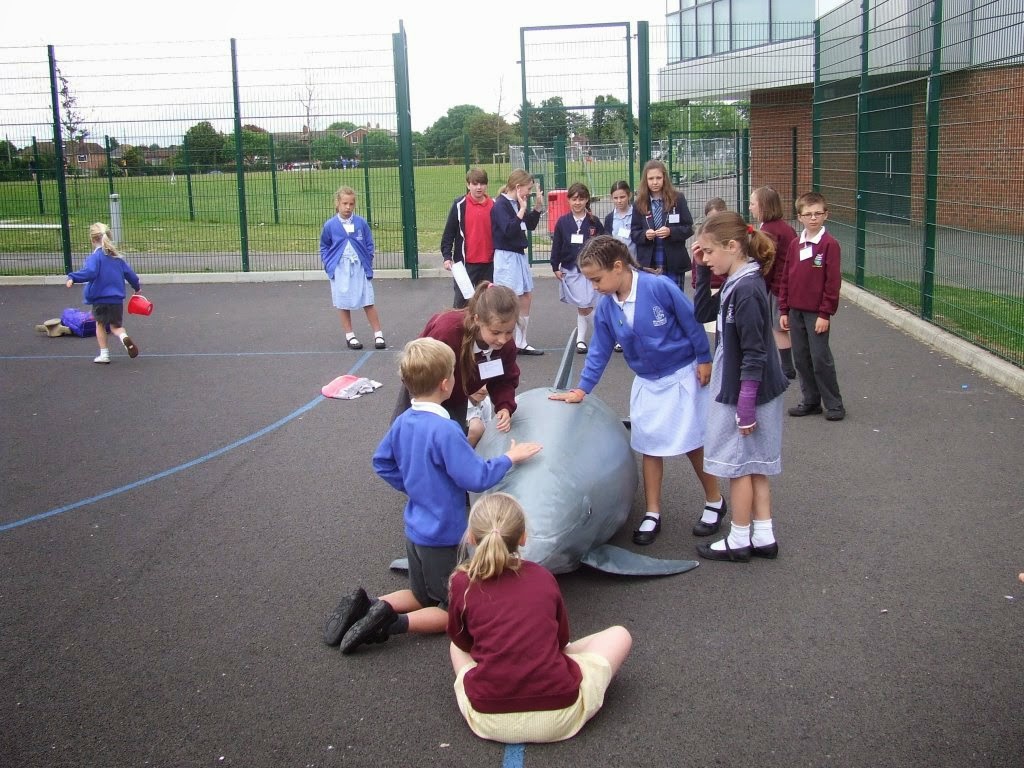 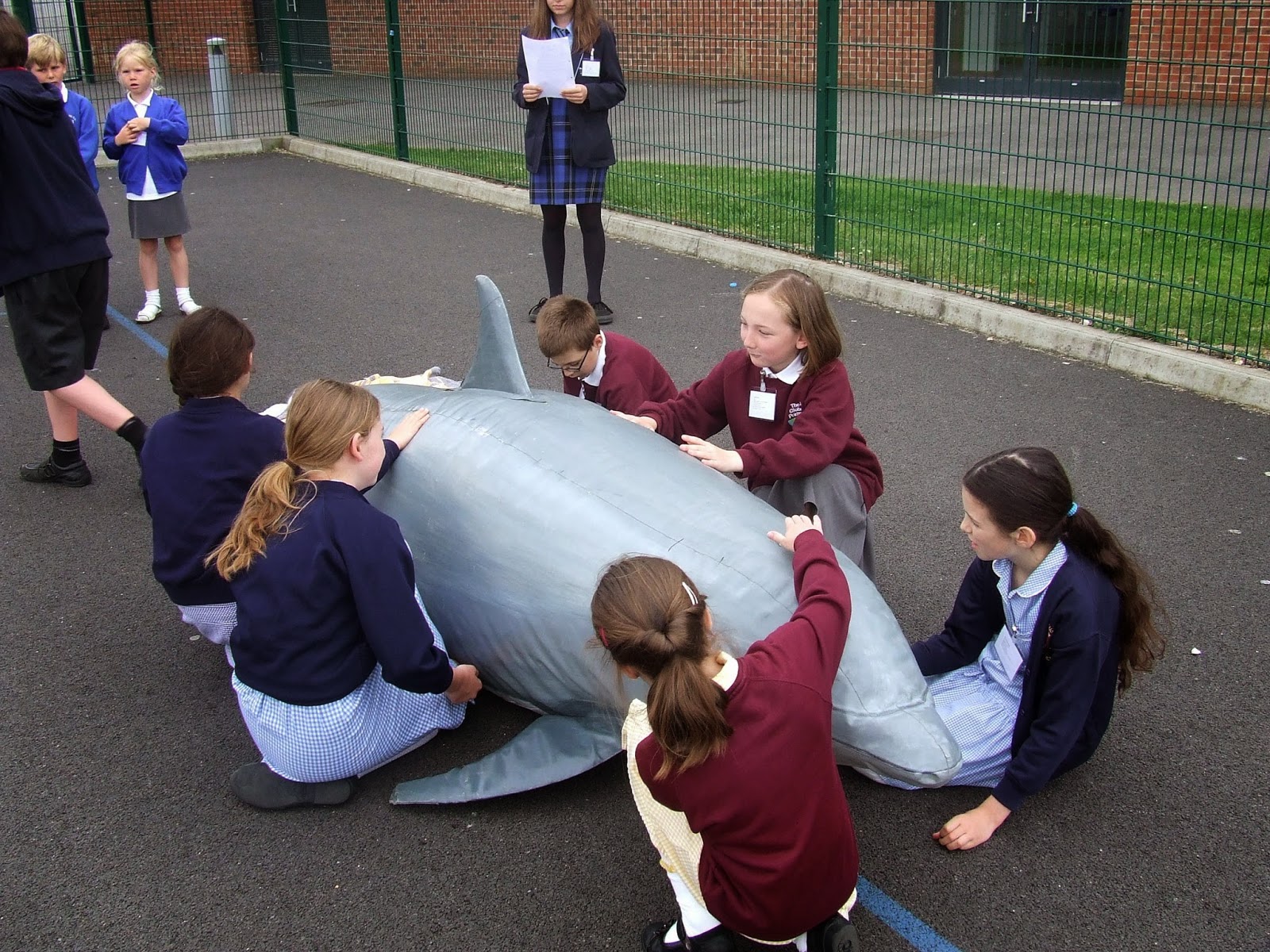 All the children in the workshops did really well and it they found a dolphin in real life they should be able to keep it alive. After the rescue we did a debrief of their rescues to find out from the children how well they think their rescue we and discussed the problems of plastic pollution in the ocean 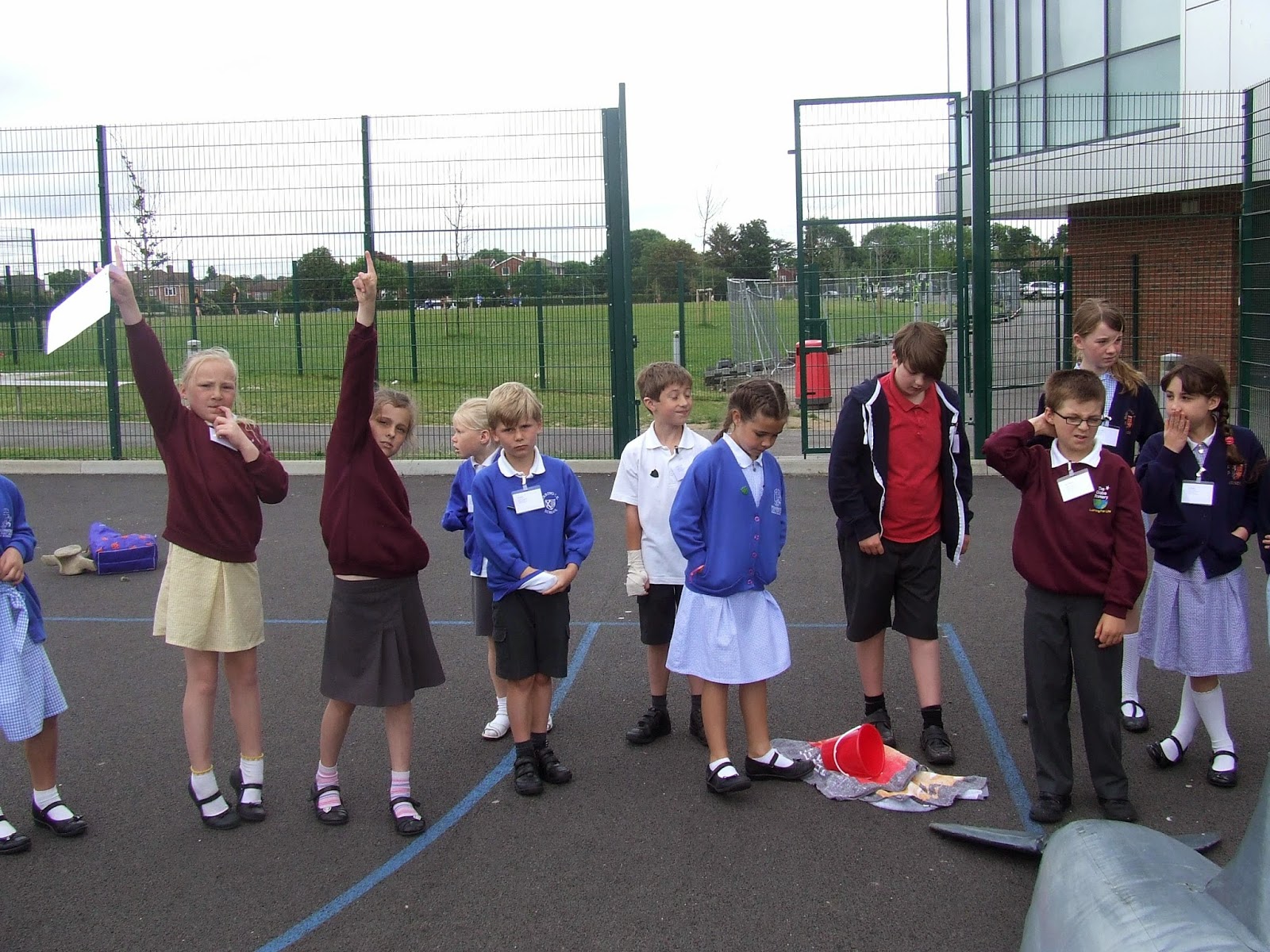 They also handled some whale bones, this is a vertebra from a dead stranded  killer whale backbone 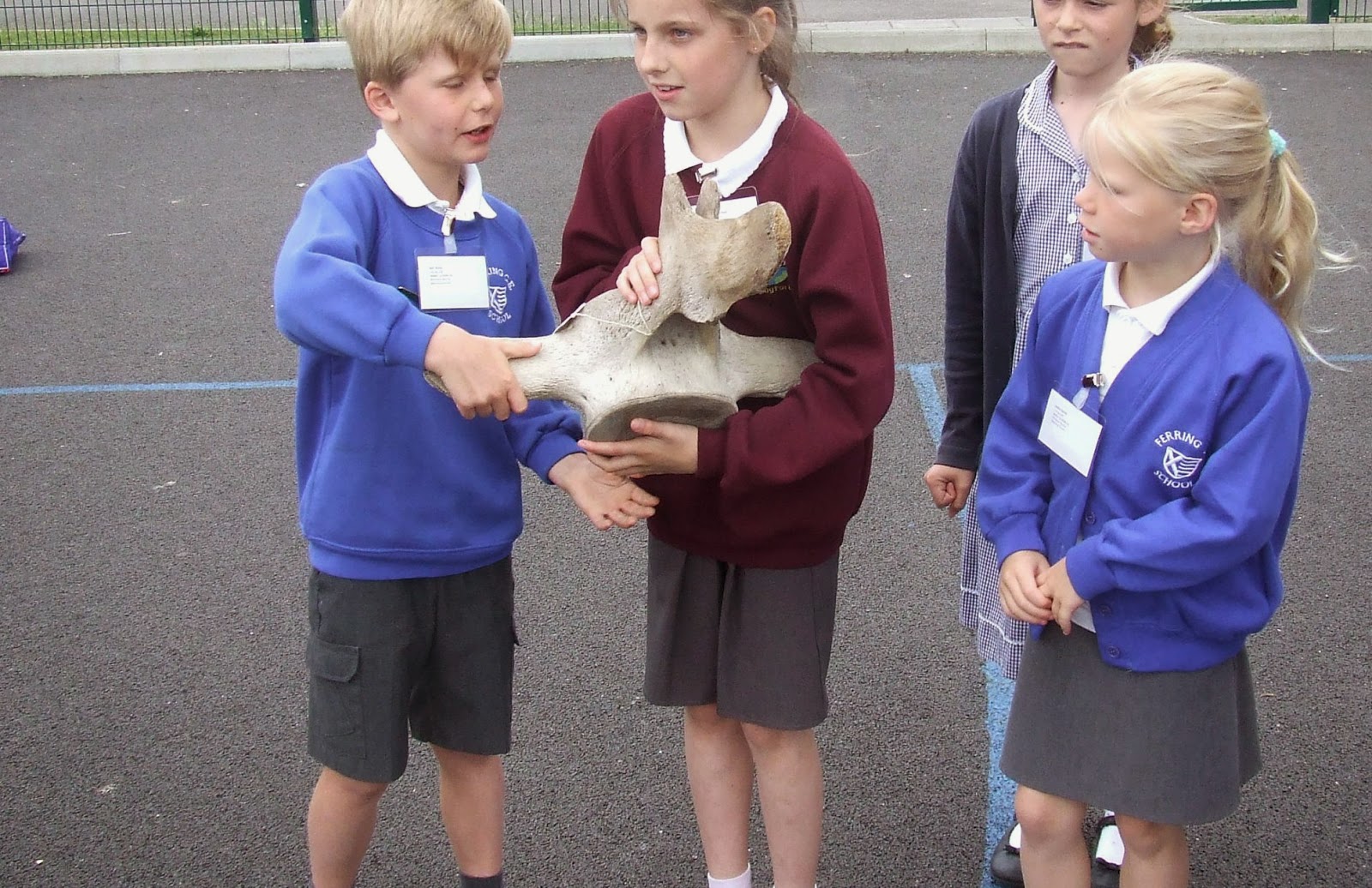 While Steve was doing the workshops, Abby helped me and Bella on the display stand. 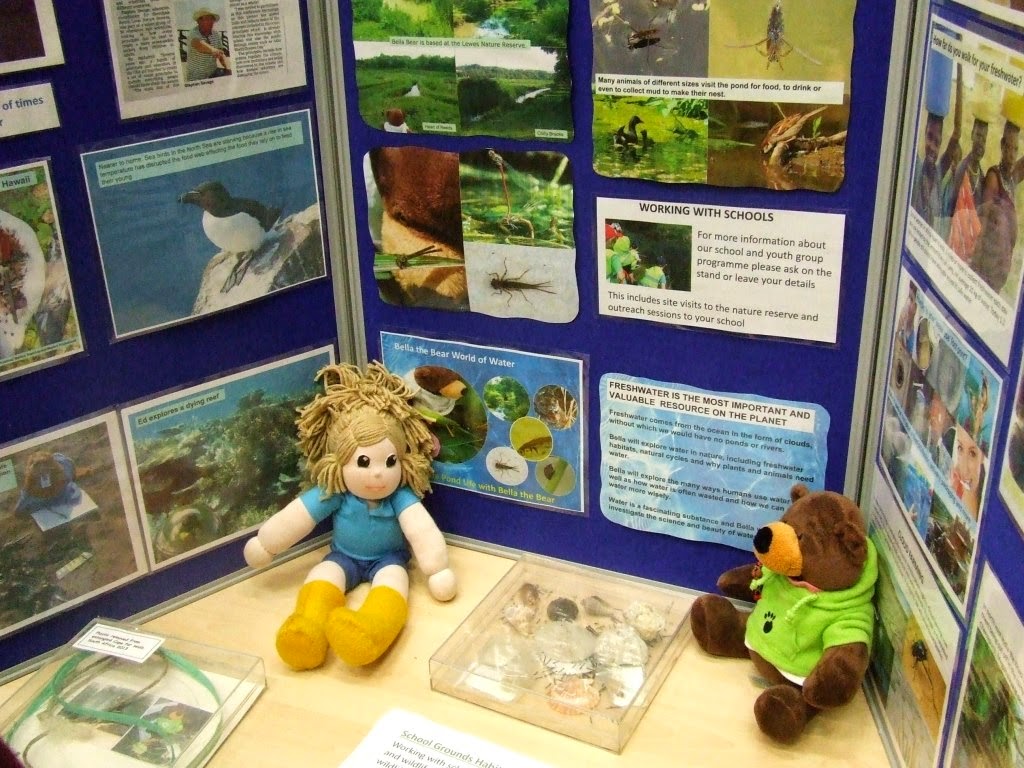 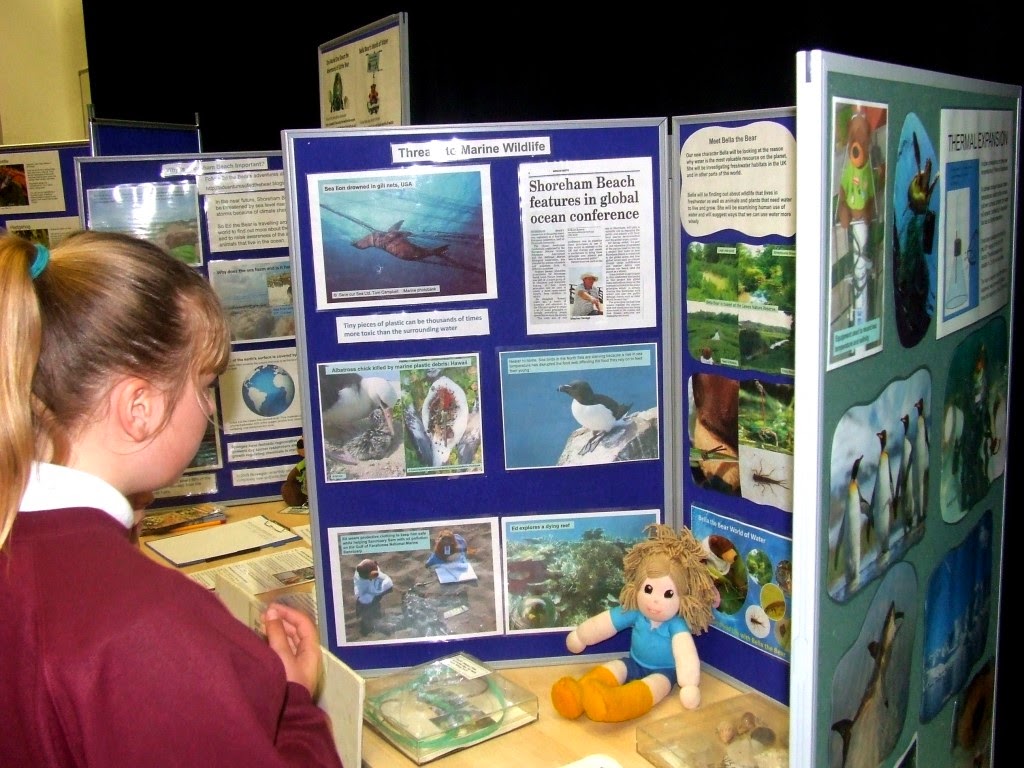 It was a great day and the children were very excited and interested to hear about the ocean and also about conservation. Thanks for the help Abby.