The final morning of day three delegates went on various workshops. We chose to do the beach investigation and the plankton collecting. 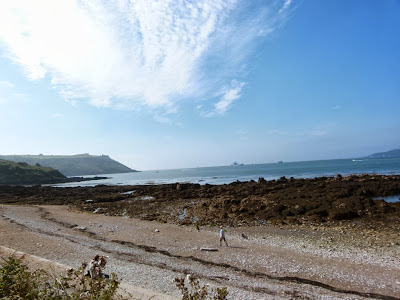 This is the beach we travelled to near the aquarium, Dan who ran the workshop works at the aquarium.

There are some wonderful carvings of sea creatures at the tops of the beach and around this information board. 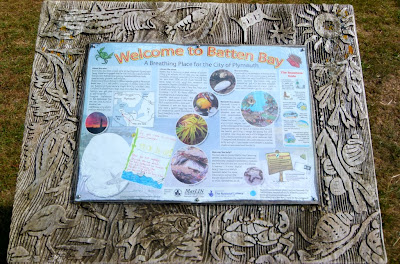 We started with an activity children take part in about limpets. The people who take part are limpets living on the beach. When  the tide is out they have to go to feed, when the tide comes in they return to their home scar - cut into the rock by living on the same spot. If a predator comes along, such as an oyster catcher, they have to clamp down tight. (see below) 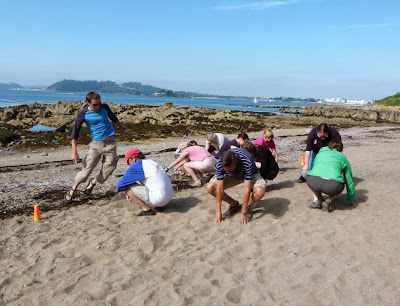 My legs were to short to keep up so I watched. The person who was slowest each time to get to food, return to their home rock or clamp down is out. The activity continues until one person/limpet is left.

Then we all went down to explore the beach. there were lots of pools and gullies. 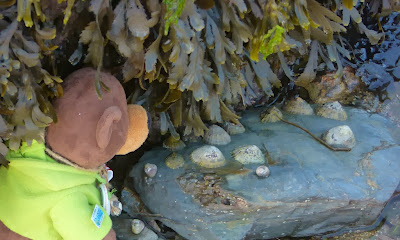 I soon found some limpets like the ones in the activity. 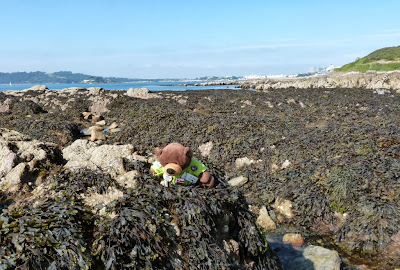 The rocks were covered in sea weed and provided shelter in and out of the water for marine animals. Its a safe place to hide from predators and also nice and cool and damp on a hot day like today. 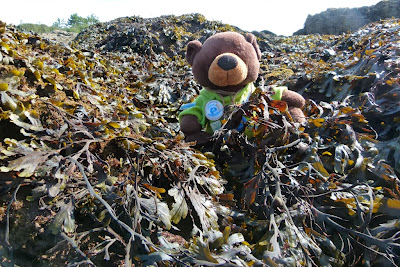 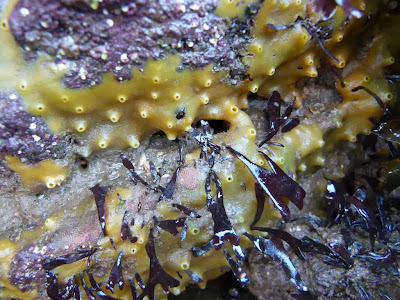 I lifted up some seaweed and found this bread crumb sponge.

Next I explored some pools 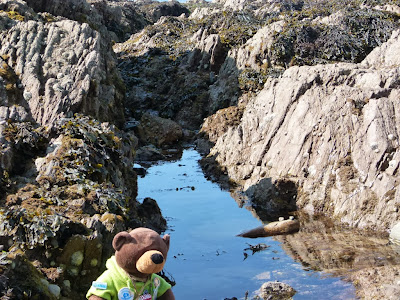 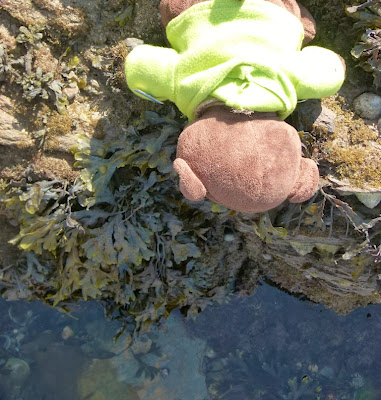 There were lots of small fish and prawns 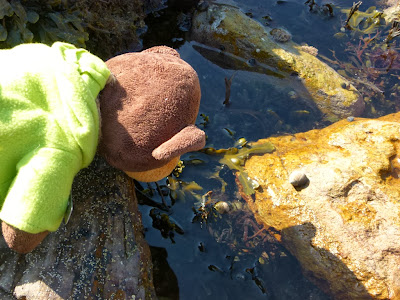 There were other sea snails on the rocks and on the seaweed, which is there food. Seaweed also provide oxygen in the water for animals to breathe.

Some of the rocks were quite high for a little bear 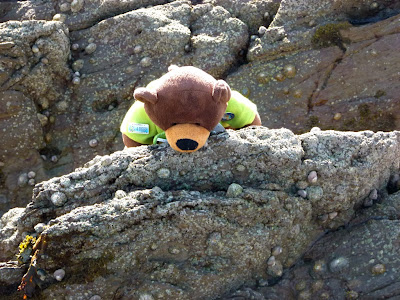 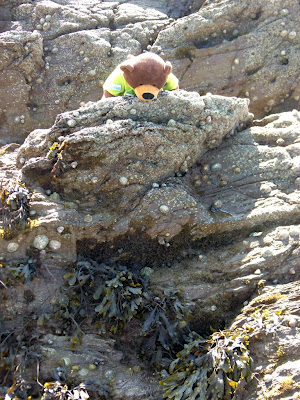 It looks a long way down. 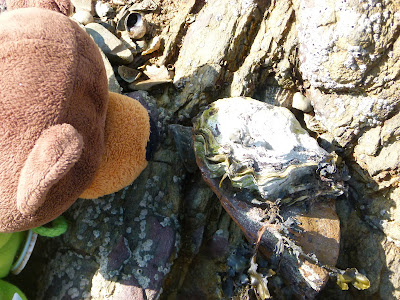 I found a Pacific Oyster. This is an invasive species. This means it should not be living on this beach - it escaped form an oyster farm where the oysters are farmed for food. 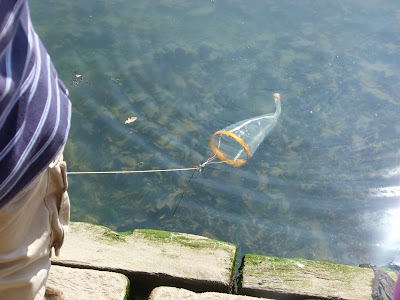 Later we moved to the harbour outside the aquarium and had a go at plankton trawling. The plankton get trapped in a little pot at the bottom of the net. I have helped with plankton trawls before when I was with NOAA in the USA.
We then  took the sample inside to see what we had found. Zoo plankton is made up of many animal larvae such as starfish and barnacles that eventually grow up and live on the seabed. Some animals, such as copepods also live in the plankton. We found lots of different zoo plankton animals.
That was the end of the conference for most people. But some of the scientists and educators had been invited to take part in a workshop for the rest of today and tomorrow morning. This included my buddy Steve.
CONFERENCE WORKSHOP AND DISCUSSION
We all met together and introduced ourselves and what we did. A few years ago a bunch of scientists and educators got together and created a list of all the things people should know about the ocean. This list became part of the K12 curriculum in USA schools (this is the primary and secondary school level in the UK).
The aim of the conference was to look at the list of ideas to see if they would be relevant for the UK and Europe. We agreed that most were relevant to our schools as well. The conference delegates some scientists and some educators discussed ways that we could work towards bringing more ocean topics to UK and European Schools.
Part of this would be making Transatlantic and global links with schools and scientists. Because I have been travelling to meet scientists and making links with schools, they were interested in Steve telling them about my project. 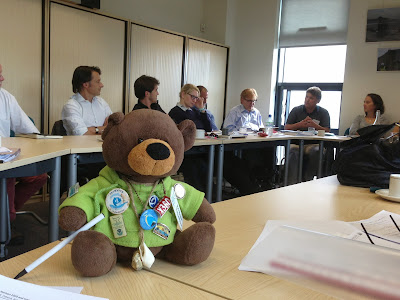 They all seemed very interested and thought that this could be one of the ways that schools could learn about the ocean along with other scientific ideas.
The conference was very exciting but this was just the first step, a lot more work is yet to come - but all very exciting.
Posted by Steve Savage at 07:49